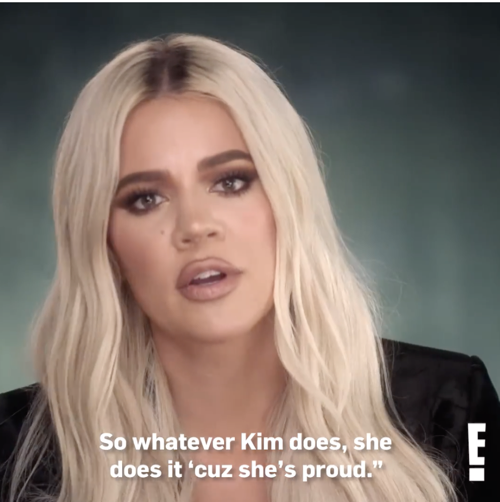 Tonight E!’s most-watched series Keeping Up With The Kardashians (KUWTK) returns with an all-new Sunday, October 13, 2019, season 17 episode 5 and we have your KUWTK recap below.  On tonight’s KUWTK season 17 episode 5 called, “Have You Met Kim?,” as per the E! synopsis, “Kim gives the world an intimate look into the busiest week of her life as she prepares for the birth of her fourth baby, stars in a music video with Paris Hilton, and heads to the Met Gala. Kourtney feels violated when she realizes someone close to her family has been stealing from her.”

Tonight on Keeping up with the Kardashians, Kardashians are attending the Met Gala. Kim’s baby via surrogate due date is nearing and she is stressed that she’s having another child and fears she can’t handle it as she prepares to throw a baby shower.

At Kourtney’s house there is a discovery that money about $700 is missing from her wallet including a missing iPad and $4,500 from Scott, and it may be linked to someone she knows that has been in and around her house.

Kim goes to a sonogram with her surrogate to make sure things are well with the baby and lets her know she might not be there for the birth since she’ll be at the Met Gala. It’s the day of Kim’s baby shower it’s filled with superstar friends and family.

Friend Paris Hilton has asked Kim to be in her music video on top of her booked and a busy schedule, she plays the song for husband Kanye, Scott and they like it.

Back at Kourtney’s house, her security teams discovered who has been stealing from Kourtney and learns she’s hacked her texts, the woman is in Kourtney’s office trying to steal again.

Khole urges her to go and confront the woman, they all head downstairs and the woman flees, Khole feels as if she is being too passive Kourtney is shaken up and vows to have stricter security measure about who she hires and has in her home around her and her children.

Kim decides to do the music video for Paris Hilton only because she feels that she is who’s given her the platform to launch her career and become the superstar she is.

It’s the night before the Met Gala in New York Kim worries she may not be able to use the bathroom in her dress, she is wearing a very tight fitted corset dress with the theme being “Camp”.

She feels pressured to not let down the designer Thierry Mugler, Kanye expresses he doesn’t feel comfortable with Kim being in such a tight-fitting dress she explains just because he is on his own personal mission doesn’t mean she is as well and he’s the one who built her confidence up to be the sex symbol she is in Hollywood and they have a disagreement and he storms out the room.

It’s the day of the Met Gala and all the women are getting glammed up in hair and makeup and they say a quick prayer that all goes well on the red carpet, all goes well they all have a good time and Kim and Kanye are all smiles.

They head back to LA to check on the surrogate and the baby at the doctor’s office and the baby is still breech and they may have to do an aversion where they manually turn the baby from the outside of the womb.

Kourtney gives an update on the robbery and says the police have become involved and doing an investigation, and says she’s moving forward and glad they caught it early on and decided to be much more aware of who is let into her home and decides to sage the house to rid it of bad energy.

While discussing how the Met Gala was to Scott and Khike the Dr calls and tells Kim that they will need to do an aversion due to her surrogate cervix being unfavorable and induce her labor.