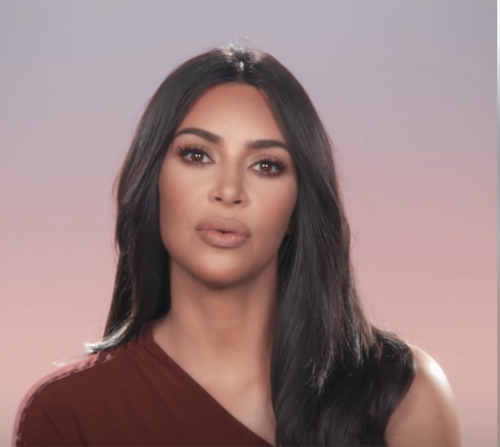 Tonight E!’s most-watched series Keeping Up With The Kardashians (KUWTK) returns with an all-new Sunday, December 8, 2019, season 17 episode 11 and we have your KUWTK recap below.  On tonight’s KUWTK season 17 episode 11 called,“The Show Must Go On,” as per the E! synopsis, “Kim and Khloe are furious that Kourtney is hiding aspects of her life from the cameras and attempt to fire her from the show. Kim helps a young man recently out of prison with his future.”

Tonight on keeping up with the Kardashians, Khloe discovers a hickey on Kourtney’s neck, and the sisters try to find out who’s it from but Kourtney refuses to say. Later on, Khloe attempts to FaceTime Kourtney but she ignores her calls and texts her she’s with her kids when they are really at Khloe.

Kim and her attorney go over a stack of letters from ex-prisoners seeking her help, she picks one from a man named Paul, that’s requesting her help with removing his face tattoos so that he can get a job. Kim and Kanye travel to go meet Paul and his wife and have lunch, he tells her he wants to be taken seriously and get a good job to provide for his family Kim tells him she’ll be taking him to Dr. Ourian who will remove the face tattoos in four sessions.

In the middle of lunch Kourtney suddenly excused herself after getting a text, Khloe feels she’s being shady, So Kim and Khole decide to go and follow Kourtney but Kourtney drives to wreckless and loses her sisters in traffic. The sisters decide to follow Kourtney again for a second time and they keep up this time around, they pull into a residential area that they don’t know who resides in, Kourtney gets out and meets a man at the door and goes inside.

Khloe and Kim go around the back of the house to find out what they are doing inside and they get caught when Kourtney comes out to confront the two. Kourtney tells them she’s having a meeting with a friend. She’s upset that the sister doesn’t respect her privacy.

Kim and Khloe reflect on the past personal moments they have shared with the fans and feel Kourtney should be open as they are.

Khloe and Kim decide to confront Kourtney about her role on the show and try to find a solution to her sharing more personal information like the other sisters are. They can’t come to an agreement. The sisters also feel Kris is following Kourtney’s steps by being secretive, and Khloe begins to scream on Kris about it.
Kris arrives at Khloe home and discovers Kourtney refuses to record.

Kris and Kourtney discuss the situation about them not being as open as Kim and Khloe are, she tells Kris they followed her. Kourtney feels she shared her relations with Scott and feels like she needs boundaries now, and Kris agrees to have a sit down with all three of the girls and says she has her back.

They have the meeting and Kim feels that even tho she’s overwhelmed with different endeavors she still finds time to record and share, Khloe states she was an open book for tv for her Tristan breakup, Kourtney tells them she’s not dating and states they all are different and have different valises and she refuses to change her boundaries for Kim and Khloe.