BY Sarah Luoma on May 26, 2019 | Comments: Leave Comments
Related : Keeping Up With The Kardashians, Reality TV, Recap, Television, TV 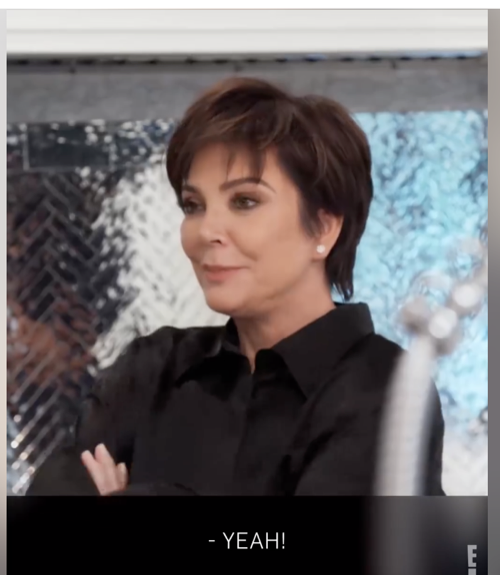 Tonight E!’s most-watched series Keeping Up With The Kardashians (KUWTK) returns with an all-new Sunday, May 26, 2018, season 16 episode 7 and we have your KUWTK recap below. On tonight’s KUWTK season 16 episode 7 is called, “Pet Peeve” as per the E! synopsis, “Khloe’s mistrust of her mother’s boyfriend resurfaces on a family trip to Palm Springs, leaving Kris hurt and confused; Kendall must find a way to tell Kourtney that she has overstayed her welcome; Khloe secretly gifts North a new pet.”

Kourtney, Scott, Khloe, and Kim all sit down with a specialist who focuses on yoga for your face.

The next day, Kris calls Khloe and invites her to spend some quality time. Maleeka is invited too. Kim calls. She wants to bring North in a limo. Khloe can do that for them.

Khloe meets up with North and take her on a limo ride and gives her fake spiders since North is interested in spiders. North wants real spiders. They stop and eat at a dinner before heading to look at hamsters at the pet store.

Khloe sends North home with a new hamster without asking Kim. Kim calls her to ask her why she bought a pet without permission. Back at Kendall’s, Kourtney and the kids are in the kitchen with a mess everywhere. Kendall isn’t thrilled. She is home after working and traveling and needs peace.

Kris and Kendall talk. Kris gives her advice on how to tell Kourtney.

Kris, Kim, Scott, Kourtney, and Khloe all meet up. They discuss how Kanye asked Corey about his family after realizing they don’t know much about him.

Kim calls Khloe and tells her to come over and find the hamster. After she looks for a while she realizes it wasn’t a good idea to buy North a pet.

Maleeka and Khloe head to Palm Springs. Corey is there. He talks about loose lips sinking ships and how he keeps things to himself. Khloe and Maleeka excuse themselves from the conversation. In the bedroom, they call Scott to tell him. The next morning, they hit the road early. The whole thing was awkward.

At Kendall’s, Kourtney and her friend Larsa talk. Larsa tells her she overstayed her welcome.

At Kim’s house, Kris and Khloe meet up. They talk about Corey and how Kris is upset about Khloe’s comments and attitude. She sets the tone for the rest of the kids in the family. Khloe agrees to get on board and make Corey feel welcome after hearing how much Kris cares for him.

Kim and Khloe sit with Corey to talk to him more about his life and Kris. Corey offers to talk at any time and tells them he doesn’t have many people from his past. They are all happy the had a heart to heart.