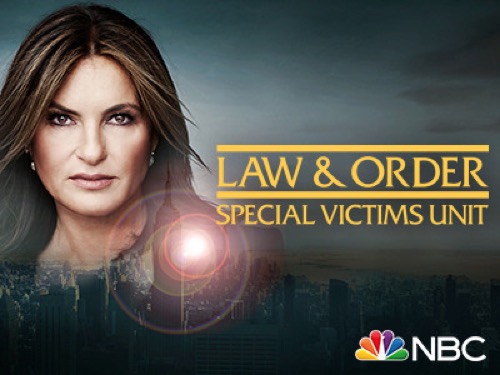 Tonight on NBC Law & Order SVU returns with an all-new Thursday, September 26, 2019 episode and we have your Law & Order SVU recap below.  On tonight’s Law & Order SVU season 21 premiere episode 1 as per the NBC synopsis, “In the Season 21 premiere, Benson finds herself in a high-stakes game of cat and mouse after an actress accuses a high-powered media mogul of attempted rape. Meanwhile, changes in the squad room put Carisi between a rock and a hard place.”

Sonny Carisi was leaving SVU. He trained to become a lawyer and he wants to follow that dream now. Yes, it was going to be sad to say goodbye to the one and only Carisi. He brought his own rough charm to the squad and everyone loves him there though thankfully Carisi won’t be going far. He was actually going to become the Assistant District Attorney for the Special Victims Unit. This meant he was going to be trying all their cases and was still going to be working with the team in an albeit different fashion.

Carisi may not be a detective anymore, but he might have caught his first case as an ADA when a woman called the police claiming she was raped. Pilar Reyes was an actress. She had an audition with a big media mogul and she thought he was going to put her in one of his movies. Pilar didn’t know that Sir Tobias Moore had other intentions. He pretended to give her an audition and then he told her that she was going to have to earn her job. The man then assaulted her right there in his office.

Luckily for Pilar, she quickly disclose the assault. She also mentioned how there would be DNA all around his office because that’s how he relieved himself and so of course the police wanted to get a warrant to DNA test Moore’s office. They believed it would go a long way towards proving Pilar’s claim. They also thought the warrant might very reveal evidence of other assaults because it didn’t sound like Moore’s first time. He brought in the ingenue and his assistant just conveniently goes home for the night early.

It sounded too much like a long-held arrangement that Moore has with his assistant. She most likely knew what he was going to do and left in order to give him the time he needed to assault Pilar. Given that situation, Pilar couldn’t have been the first. There were other women out there and they could all come pouring in if the detectives made this arrest. Benson was familiar with procedure and she thought she would have help from their old friend Carisi on getting those warrants. And he wanted to help.

Only he couldn’t. Carisi’s hands were tied because his Bureau Chief was new to the job and didn’t want to take such a risk. Vanessa Hadid was in this job for the politics. She was thinking of a higher office one day and everyone knew it. They also suspected that’s why she didn’t want to put her career on the line by going against such a powerful man. Hadid wanted to play it safe, so she wasn’t going to put her signatures on any warrants until SVU found credible information on their own and only then was she willing to help.

Hadid also stopped Carisi from helping as well. He couldn’t go against her and therefore he couldn’t assist his old squad in their investigation. They had to handle everything by themselves. Which slowed them down and even made them take risks. They actually had to involve Pilar. They found out Moore contacted her so they had agree to meet him and this time she wore a wire. She was supposed to get Moore to admit to what he did on tape and he was smarter than that. He skirted around what happened.

Moore knew how to play it. He managed to flip what she was saying and he accused her of trying to extort money from him. Moore quickly left after that, but while the tape did have some good bits, it wasn’t enough for Hadid. Hadid was pretty difficult the more the detectives got to know her. She would go on tv swearing she was an advocate for the victims and then do nothing for the detectives working to help those women. Benson could see how much of a problem Hadid was going to be. She knew she would have to go behind Hadid’s back to play dirty and she did.

Benson spoke to Moore herself. She agitated him until he left behind a glass and she got her hands on his DNA. Benson wanted to use it with Pilar and, unfortunately, Pilar was scared off. She and a few women were being bought out. They would take Moore’s money and sign NDA’s in return. Meaning there was no one to question when the detectives went looking. They were still questioning people when someone came forward. Gemma Brooks was friends with one of his other victims.

Gemma came forward because she didn’t want him hurting anyone else. She agreed to press charges and the detectives were finally able to arrest Moore. They even thought that was is it. Then Moore got to Gemma and bought her as well. He had Gemma go in front of cameras with a story about how they had a consensual affair. And his plan worked. Moore knew no one would trust Gemma’s original story and she was out of town directing one of his films before the detectives could reach out.

At this point, Carisi saw how bad it had gotten for his friends. He took a look at the video Moore sent over with Pilar’s audition on it and he noticed that the everything had been moved. Carisi showed his friends that Moore changed his office’s furniture. The detectives ran with that and they found security footage of Moore’s assistant destroying evidence. She changed out the lights, the couch, and even the plants. She got everything that Moore put his DNA on.

The assistant was caught in the act and she wasn’t the only one. The security footage from Moore’s office had shown Hadid going into his office with other members of her staff. Carisi hadn’t been one of them and so that was at least good one sign of how things stood. But the cops didn’t want to let this case go. They sent in an undercover cop to “audition” for Moore and they later caught him in attempted rape. And they also threw in assault on a police officer as well.

And once they arrested Moore, all of his victims came out of the woodwork. They made their stories known and there was no way Moore could back away from this. His career was over!. Everyone knew it and that went for Hadid also. She eventually had to get onboard or else she would have been shown for the fraud she was. Hadid did get some interviews out of it however she left Carisi to try the case.

So, they got Sir Tobias Moore.

It took them some time and, sadly, it came at a cost. The higher ups had wanted someone’s head to roll for this. They didn’t like arresting important people and they would have blamed Benson for it if her boss hadn’t taken the hit. Dodds agreed to be exiled. He did it on the condition that Benson was made captain and, in spite of everything else, they still had a friendship that was going strong.