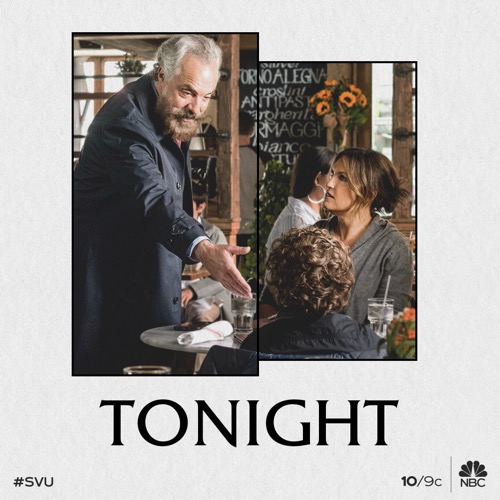 Tonight on NBC Law & Order SVU returns with an all-new Thursday, May 9, 2019 episode and we have your Law & Order SVU recap below.  On tonight’s Law & Order SVU season 20 episode 21 as per the NBC synopsis, “The SVU searches for two suspects spotted fleeing the scene after a Muslim woman is assaulted inside a synagogue. Meanwhile, Benson is dismayed to find Rob Miller out on bail.”

Liv watches the news. Rob Miller has been released on bail. Across the city, a woman tells the police that two boys called her names before running away. The head into a temple and find an unconscious female on the floor. Carisi and Rollins are called in. They talk to the victim who was sexually assaulted. She is a councilwoman. She tells them she was set up by the people in the synagogue.

Liv and Chief Dodds are rushed by reporters the next morning looking for details. Carisi and Rollins begin their investigation. Liv and Chief Dodds visit the councilwoman. She tells them she was lured there and attacked by a man. She didn’t see his face.

Finn and Carisi visit the home of a boy named Ari. They bring him back to the precinct to question him about being at the synagogue. When Liv arrives Rollins tells her that the boys claim they found the councilwoman on the floor. Meanwhile, Carisi puts the pressure on Ari. Maybe it was your friend Michael, he tells Ari. Finn questions Michael in the room next door. Michael’s mom infers that because the victim wears a headscarf she is a terrorist.

Liv tells them to release the boys and see if their victim can make an ID. They bring her in to look at some photos. She IDs a teen who was protesting outside of her office. She IDs another, picking out Michael and Ari. Dodds shows the team a video of the protest from earlier where the victim, Michael, and Ari can all be seen. The video is from a local newspaper. Finn and Carisi head to the paper to ask them why they released the video with headlines that the police arrested the teens.

Liv and Stone sit together at the bar. Carisi shows up. He found phone records that the victim called the paper. She may have orchestrated the whole thing, making sure the cameras caught her exchanging words with the teens on camera.

Liv and Stone visited the councilwoman at her office and ask her why she called the newspaper. She becomes angry and accuses them of not believing her. They ask to see her phone records. She refuses. She comments that maybe her headscarf has something to do with it.

Liv tells Dodd Rob Miller’s attorney served her papers last night. Dodd tells her he will deal with this.

Rollins brings call logs they received on the vic. They see a number of calls to one number of interest belonging to a Tracy. They visit a place she is known to frequent, a local gay bar. Tracy isn’t there, but their vic is. She looks shocked to see them. She begs them not to expose her. Her parents and the public would be shocked.

Finn and Carisi tell Liv. The next day, Carisi and Rollins visit the vic’s parents. They learn she was previously married. They visit her ex-husband. He tells them they outgrew one another romantically. They ask him for his whereabouts. He tells them he was working here at his flower shop. They leave. Carisi knows he is lying. He is in the video of the protest.

Liv and Finn visit the councilwoman. They ask her about her ex. She hasn’t seen him or heard from him. Her assistant intervenes. He has paid her office a visit. But they sent him away. Carisi and Rollins visit the ex and cuff him.

Outside of court, Liv sits with the vic in the car. She isn’t upset that her parents have to go through this with her. People have lost faith in her. Liv supports her. She needs to tell her truth. She will be there with her. They get out of the car in front of a wild crowd. They walk the steps and enter into the court.

On the stand, the councilwoman details her rape. She tells the courtroom her ex raped her because he discovered she was a lesbian. When she was raped the man pulled her hair the same way her ex-husband used to. Her ex’s attorney cross-examines her, pointing out that she has changed her story and has been confused several times during the investigation. The councilwoman speaks up, she is not afraid and she knows what happened.

The ex-husband takes the stand. He shares that he loves his ex and would never hurt her. Stones steps up and questions him about showing up at a gay bar where his ex went with her new girlfriend. He spits on the ground when he saw them. He is very conservative and still thinks they are married. She is still his wife as he believes in Sharia law. The ex gets angry. Yes, it’s all true.

The jury finds the ex-husband guilty. The council woman’s parents tell her they love her no matter what. Seconds later a man throws something at the councilwoman.

Liv and her son are out to eat. Rob Miller comes up and introduces himself to her son. Liv is speechless.