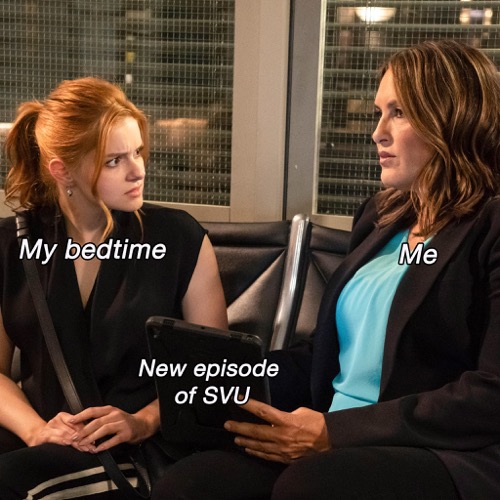 Tonight on NBC Law & Order SVU returns with an all-new Thursday, October 3, 2019 episode and we have your Law & Order SVU recap below.  On tonight’s Law & Order SVU season 21 episode 2 as per the NBC synopsis, “Benson works with a young woman to help her remember the details and suspects in her rape. In order to learn a new witness interview technique, Rollins and Fin have to experience it for themselves.”

The new Deputy Chief made Benson see a therapist. It was supposed to be a Trauma-informed interview training and it was there to help the detectives with their victims. Benson, however, used the therapist for an informal session. She’s seen a lot on the job and sometimes she takes it home with her. There was also her own trauma. Benson was kidnapped several years ago and she was still dealing with it. She even thought she was over it for a time. Then she started drinking and her life would have fallen apart if she hadn’t gotten help.

Benson went the therapy route when she first realized she had a problem. She found someone to talk to and they had a few years together. So, Benson was actually surprised how easy she fell back into the place when talking to a doctor. She put it down to the therapist being so understanding and in truth, the doctor helped her. She helped give Benson a different view. She also taught Benson several useful tools to use with a victim of trauma and Benson tried to do just that when a young woman came into the station.

Raegan believed she was raped. She walks up at her home in pain all over and not knowing what happened. She said the last thing she remembered clearly was getting into the taxi to go home. Raegan went clubbing with her friends and she called a ride to go. This was after she couldn’t convince her friends to go to a different bar with her. They wanted to go home and most especially they were getting a ride. They had a perfectly safe way of going home and it was Raegan who didn’t want to wait for this ride.

Raegan instead used her ride-sharing account. She was supposed to go on a ten-minute drive and the drive ended up being more than an hour. She was supposed to have gotten home yet she went to Sheepshead Bay. Her ride took her to a bar called Clemente’s. Her driver would later say that he had to go because she basically demanded it of him and her fellow passenger said the same. He even added that Raegan had tried to sleep him. He said he turned her down because she acting crazy and that could be because of all of the drugs.

Raegan was on everything. Her alcohol was way over the limit, she admitted to taking a Xanax as well, and then there was the stuff she didn’t own up to like the cocaine or the ecstasy or even the weed. There was, therefore, a really good reason why Raegan doesn’t remember that night. She was so wasted that it seemed a miracle that she was still moving and so the police had no idea what parts of her story were real. She didn’t own up to drugs. Then she withheld the fact that she had sexual contact with her old boss that afternoon and she also seemed prone to exaggeration.

Raegan lied about things she didn’t have to. She claimed her fiancé Richard was abusive and he was pretty meek if anything. Raegan would later say she was just telling a joke, but she did this exaggeration with other things as well and it was so bad that not even her own friends thought she was assaulted. They thought Raegan might have been confused. They said she was a horrible drunk and there were several ER visits to prove it. And it didn’t help Raegan’s case when she lied about something so simple as her family.

She first claimed her parents were on a cruise. She also said she has a sister that she hates and again it’s not true. There wasn’t any sister. Her father died years ago and her mother was retired down south. Raegan’s lies were so bad that Benson had to confront her. She wanted to know why Raegan lied and she didn’t expect that Raegan would react the way she did. Raegan gotten offended. She said life was boring and that her version livened things up. She then stormed out of the office and told Benson to go screw herself because Ben betrayed her by questioning her.

Raegan was first and foremost a drama queen. Benson quickly realized that and she didn’t let it stop her from going back to Raegan because she knew the young woman wasn’t lying. At least, not about the rape. Benson recognized trauma and she knew that Raegan was the telling about that if nothing else. The detective would later tell Raegan that she still believes her about the rape. She also told Raegan that she needed her help in proving it and so she walked Raegan through that night again. And Raegan starts remembering things.

Raegan remembered being by the water. The marina wasn’t that far from the bar in Sheepshead and so Benson took her to the marina. They then walked around a bit before Raegan remembered them seeing an uptight girl. She thought it could have been that’s what they were calling her and it actually was the name of the boat. The boat was called “Uptown Girl”. It also belonged to the boss of the passenger. Julius had once claimed she was too crazy to sleep with and yet he called his boss on the night of the rape.

Julius wasn’t even alone in making phone calls. The driver of the rideshare had also called a guy and so it seems like the four of them planned out this gang-rape. The two had apparently saw an opportunity when Raegan passed out in the car. Both passengers and drivers must have figured out they could have done anything to Raegan at that moment and that’s when they began setting everything up. And once the police began arresting people, those same guys started to flip on each other and soon they were all taking plea agreements.

The men turning on each other ensured Raegan would never have to testify. It also meant her rape kit wasn’t made public and his fiancé wouldn’t find out about the affair she was having with her boss.

So, all in all, this case was wrapped up pretty neatly.

And the only one that was still angry was Raegan. It was going to take her some time to heal and finding out that two of the guys weren’t going to serve time was something she’ll probably never forgive or forget.