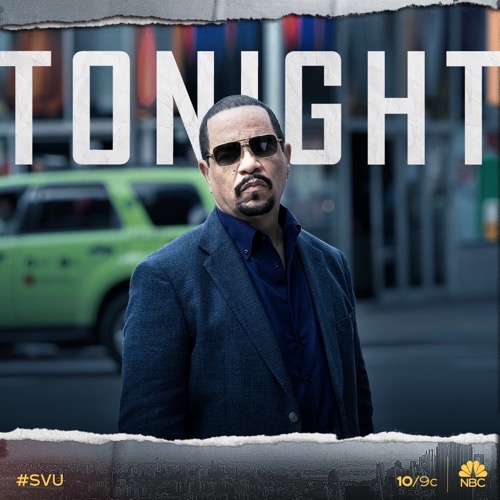 Tonight on NBC Law & Order SVU returns with an all-new Thursday, October 17, 2019 episode and we have your Law & Order SVU recap below.  On tonight’s Law & Order SVU season 21 episode 4 as per the NBC synopsis, “Rollins clashes with the parents of a teenage runaway. The squad comes together for a special event.”

Olivia and the gang take part in a friend’s baptism. Meanwhile, a teen girl named Evangeline packs a suitcase and gets on a bus from her home in Ohio. She is headed to New York to meet an older boy named Isaac, trying to dodge predators on her way. She gets off the bus, looking scared in the big city. Meanwhile, a missing person report for Evangeline gets faxed to Liv’s precinct.

At the precinct, Evangeline’s parents and her pastor show up. They are scared and tell them about how Evangeline was involved with the guy Isaac who left to New York a month prior after getting caught with a 15-year-old girl. They manage to track down Issac who tells them he lent his dog to her to panhandle. They find her. She passes out on the sidewalk. They take her to the hospital where they discover she is 12 weeks pregnant and shows signs of sexual activity or abuse for the last two years.

After Evangeline is discharged she heads to the precinct to talk to Liv and Amanda. She tells them she wants an abortion. That is why she came to New York. Her parents arrive. To protect her, Liv and the team get her a lawyer and ask for emergency custody. They inform the parents who get their own lawyer. There is no way their daughter is getting an abortion, they are very religious.

At court, both sides fight, going back and forth until Evangeline tells the court is was her stepfather who got her pregnant.

Later, Liv gets word that they want to bring Evangeline back to Ohio for questioning. She sits with Liv and Amanda telling them it all started when she was 11. She tried to tell her mother but she got mad.

Liv meets with Evangeline’s mother. She knows Evangeline is lying about her husband. Liv tells her Evangeline offered to give a blood sample and now all they need is her husband’s to prove his innocence. The mother thinks they should wait until after the baby is born.

Amanda spends some time with Evangeline. She doesn’t want to see her go back to Ohio. She is angry. Back at court, a DA from Ohio arrives and hands out warrants. He demands Evangeline to be released and not allowed to abort her baby. The courtroom is stunned.

The Ohio DA takes Liv and the team to court. A higher court denies the Ohio DA’s request to stop the abortion. Protesters sit outside chanting. Evangeline tells Amanda that everyone knows who she is now, and she is being called a murderer by some. Amanda comforts her, telling her she needs to do what is right for her.

Carisi delivers the news to Liv that the Ohio DA’s case has been shut down. While they discuss the case they get word that Evangeline has thrown herself down a flight of stairs.

At the hospital, Evangeline’s mother arrives. Evangeline tells them all she was trying to kill herself after her mother says they need to go home and raise the baby like her sister or brother.

Liv sits down with Evangeline’s mother who is in denial and thinks she can have her entire family back together. Liv gives her a reality check.

Later, Evangeline’s mother takes the stand and vouches that she will keep her stepfather away from her. She hopes her daughter can forgive her. It is unclear if Ohio will prosecute Evangeline’s step-father.

Outside of court, Carisi has words for the Ohio DA. Word comes back later that the stepdad has been charged with 114 counts of rape.

Amanda sits with a scared Evangeline who heads in to have an abortion.