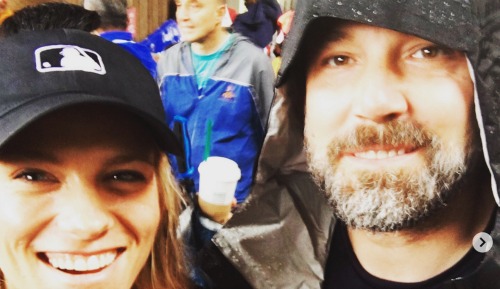 Ben Affleck’s on-again, off-again girlfriend Lindsay Shookus is apparently back in his life again. This time around there are reports that suggest the Saturday Night Life producer is trying to keep the Hollywood actor from falling off the wagon. Reports say that Lindsay is doing everything she can to make sure that his friends don’t drink around him as she’s now his personal ‘sober coach.’

According to Page Six, Lindsay wants Ben to live his best life. The couple have recently been spotted hanging out together again after they reportedly separated last year. The couple split in August, during the same time that Ben entered a 40-day rehabilitation program.

While Lindsay has often been photographed with different drinks in her hand near Ben, including both alcohol and coffee, this time around their relationship is different. Lindsay is supposedly encouraging Ben to drink more coffee, just to get his mind off of other things.

One insider told Page Six that Lindsay “is like his sober coach” and that “she made sure to not have any alcohol near him” during a recent movie premiere. What’s more, she’s also kept Ben away from all of the Saturday Night Live after-parties that she usually attends.

Earlier this week, the Hollywood actor admitted that he is now more open about his struggles to stay sober than ever before.

“It doesn’t really bother me to talk about alcoholism,” he told the Today Show in an interview. “Being an alcoholic is part of my life — it’s something I deal with. It doesn’t have to subsume my whole identity, and be everything, but it is something that you have to work at.”

Ben, meanwhile, has also been spending more time with his ex-wife Jennifer Garner and their three children, Violet, Seraphina, and Samuel. As a matter of fact, Ben has made quite an effort to join his family for church services in Santa Monica every Sunday.

So far Ben Affleck himself has not made any comments about the report, nor has he confirmed or denied that he and Lindsay Shookus are dating again. In the meantime, don’t forget to check back with CDL for all the latest news and updates on Ben Affleck and your favorite celebrities right here.