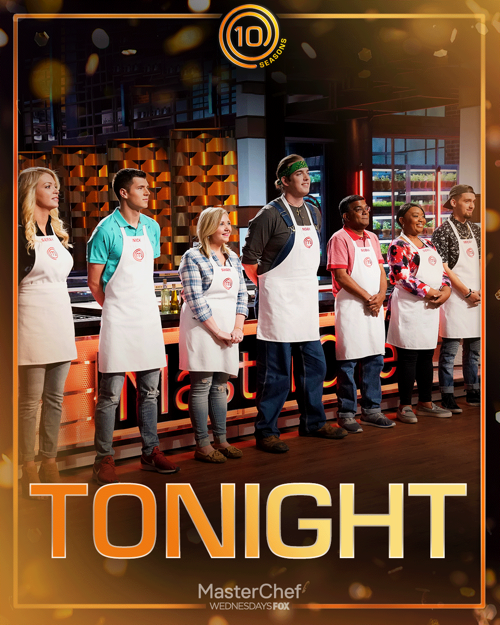 Tonight on FOX Gordon Ramsay’s Masterchef returns with an all-new episode on Wednesday, September 4, 2019, season 10 episode 22 called “London Calling – Pt. 1,” and we have your weekly Masterchef recap below. On tonight’s Masterchef episode as per the FOX synopsis, “The Top Six chef-testants travel across the pond to London, where they must feed 36 diners, including the judges and Gordon’s family, at his flagship restaurant, Restaurant Gordon Ramsay.

The final 6 travel to London Sarah Faherty is named the leader of the blue team and Nick DiGiovanni of the red team..the pressure is on the six as the challenge is held in one of Chef Ramsay’s London Hotels.

The red team is having issues already with their first scallop dish from team member Shari..the teams both put out their dishes. Subha Ramiah from the red team puts out a raw langoustine dish the red team isn’t doing so well under Nick’s leadership they seem to be in the bottom.

The blue team seems to be doing well as no dishes are returned to the kitchen. The red team runs out of scallops mid-service and angers chef Ramsay. Despite minor bumps, the blue team is thriving doing better than the red team and pumping out dish after dish well played and fully cooked.

Chef Ramsay gives both the teams a pep talk as service is nearing an end so that they can perform better to land in the top 3 of Masterchef.

As the service continues the chefs move onto the main course meal consisting of steak and duck things turn around for the red team as they bounce back and their dishes are pushed out well.

Meanwhile, the blue team takes a stumble on the kitchen with Noah on the beef dish and it sets them back with them not being able to send any beef dishes and just duck. Noah’s steak is raw and pisses off Chef Ramsay and they take him off steaks and out him on another dish.

The red team sends out an overcooked Steak dish and it’s returned back to the kitchen. The blue team wins tonight challenge and Sarah did well as a team leader.