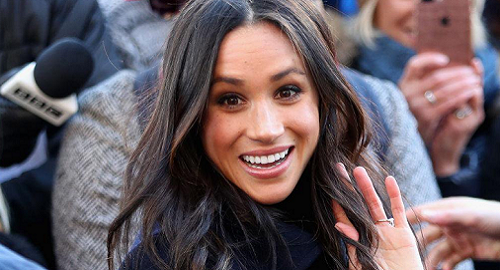 Thomas Markle was hoping to repair his relationship with his estranged daughter Meghan Markle so he could be a part of her baby’s life, but it doesn’t look like that will happen anytime soon.

The Duchess of Sussex feels betrayed over the fact that her father has released a very personal letter she wrote that was only meant for him. And as a result, there’s a slim chance that Thomas will be a part of her child’s life, or even meet the royal tot for that matter.

According to Britain’s Express.co.uk, there’s a good possibility that Prince Harry and Meghan Markle will keep their royal bundle of joy as far away as possible from anyone in the Markle family. This comes after Thomas Markle gave Meghan’s heartbreaking letter to the media.

Meghan sent him a handwritten note asking him to stop lying and airing all of their family’s dirty laundry to the public. The Duchess also detailed the pain that she went through because of her father’s numerous press stunts prior to her wedding to Prince Harry back in May of 2018.

Meghan is currently seven months pregnant and due sometime in late April. Royal commentator Victoria Arbiter believes that there is no way Thomas will ever be invited to Kensington Palace to meet with his future grandchild.

Even though he has begged Meghan to reach out to her multiple times, Thaomas has also branded the royal family as a “cult.”

Arbiter explains, “This is, at the end of the day, a daughter pleading with her father to keep this between the two of them to stop playing it out in the media. To me, this is the ultimate betrayal and what a tragedy. He does have grandchildren already but this is his first grandchild with Meghan and I think the chances of him meeting this grandchild are slim to none.”

Even though he’s already released excerpts from Meghan’s five-page letter, he’s threatened to leak out even more of it to the press. Thomas Markle has described Meghan’s letter as a “dagger to the heart” that has left him utterly devastated.

So far Buckingham Palace has made no comments about the Markle family feud or about Meghan’s pregnancy for that matter. In the meantime, don’t forget to check back with CDL for all the latest news and updates on Prince Harry, Meghan Markle and the rest of the royal family.