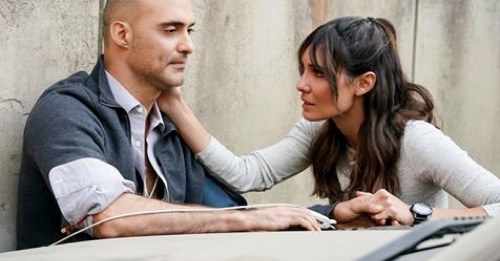 Tonight on CBS NCIS: Los Angeles returns with an all-new Sunday, January 13, 2019, season 10 episode 13 called, “Better Angels,” and we have your weekly NCIS: Los Angeles recap below. On tonight’s NCIS Los Angeles season 10 episode 13, as per the CBS synopsis, “The NCIS team works with the Global Criminal Tribunal when a Syrian seeking justice, David Sarraf, is brutally attacked while delivering evidence that would prove chemical weapons were used on civilians. Also, Kensi stays at the crime scene and comforts Sarraf who is pinned behind a vehicle.”

David Sarraf approached the Global Criminal Tribunal. He claimed to have a video of Assad ordering a chemical attack that killed nineteen civilians of which seven were children. David said that he could hand over the file and once and for all bring down Assad, but he never made it the GCT. He had been followed by his hotel and was almost killed. David was crushed between a car and a vehicle. The vehicle was stemming the blood flow and so it couldn’t be moved or David would die instantly. David didn’t know this as he decided to finish what he started. David got help and he made sure that someone contacted the GCT. And it was the GCT that brought in NCIS to help get justice for David as well as the victims of the recent chemical attack.

NCIS was tasked with assisting the capture of the men that came after David. David said that these men were from Syria and were part of Assad’s secret police, but Syrians connected to the regime weren’t allowed into the country and so they must have snuck in. The team looked through everyone that entered the country and they found General Yoram Naser. Naser entered the country under a false and on a Lebanese diplomatic passport. He must have come in to personally oversee the mission with David and the plan wasn’t just to kill the David. The men that were after him had also taken the flash drive and that was the only evidence the GCT had on Assad. Assad wanted the video erased and Naser was supposed to see it done.

But David said that the men could never view the video much less delete it. He had encrypted the file and so it could still be saved. The team just had to reach it in time and while they were doing so they also had to keep David calm. David didn’t know that he was going to die. He thought he could be rescued from being pinned and so the associate from the GCT had asked Kensi to do the honors. She was one of the few people that could keep David calm and their first plan of waiting until David could talk to his wife hadn’t worked out. The wife couldn’t be reached and the situation was deteriorating by the hour. And so Kensi decided to do it and she told David that this was the end before she promised him that she would reach his wife.

David had lost everything else. His son had died in the recent chemical attack and he could never return to Syria after what he did, but he wanted to hear his wife before he died and so Kensi made her promise. She had her team reaching out to their people in Syria and Kensi waited with David as everyone else tried to finish the job. They later found Naser and surprisingly they came across Arlo Turk as well. He claimed that he was called in to help with the situation and so he assisted with the capture of Naser. Naser was then taken to David so that David could make a positive ID, but not long after David did just that the State Department. They said that Naser was a Lebanese diplomat and that it was up to them to investigate whether or not Naser was his real name.

Arlo made sure he couldn’t be traced and then disappeared. So the team had to find him by using the same method he was tracking Naser – they used the same means and walked right into a gunfight. Arlo shooting his way to Naser when the others came in and assisted him. The whole team worked together to stop Naser’s men and by the time they looked up, Arlo had once again proven that he was a good man. He hadn’t killed Naser like they feared he would. Arlo chose to instead capture the man alive and on him, he found the flash drive. The drive being found was the last thing that David wanted on his earth. He had gotten the chance to talk to his wife and so he had been ready to die when it finally happened.

If anything, it had been harder om Kensi. She knew that Eric had checked the drive and that it had been erased, so she thought David had died for nothing and she couldn’t help crying.