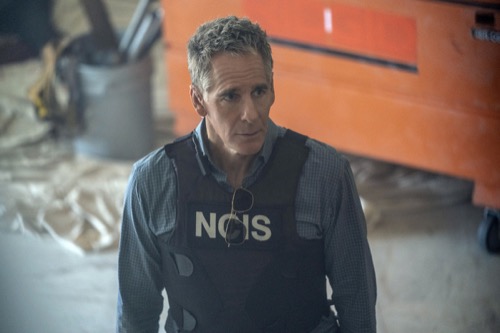 Tonight on CBS NCIS: New Orleans returns with an all-new Tuesday, March 12, 2019, season 5 episode 16 called, “Survivor,” and we have your NCIS: New Orleans recap below. On tonight’s NCIS: New Orleans episode as per the CBS synopsis, “After an elusive terrorist with a personal vendetta against Hannah resurfaces, she is placed in protective custody with her family while the NCIS team searches for the suspect’s whereabouts.”

Agent Khoury’s family was in danger. She just found out that the man that tried to kill them all was still alive and so now she has to go back on her promise to them. Khoury promised her family that they were safe and that the man that endangered them was dead. She herself had believed Victor Zelko was dead, but then an old friend of hers decided to unsettle the past. Her friend Liam Sommers had found out they killed civilians in an airstrike against Zelko and it had upset him. Liam was an alcoholic and fell back on his addiction when he realized he crossed a line he never thought he would. He also wanted to make peace with what happened and so he wanted to go back over there. Liam asked Khoury to go with them and she turned him down.

Khoury didn’t want to relive one of the most horrible situations she’s ever lived through. She had been forced to live away from her family for their own safety and even that had been enough to stop Zelko. Zelko wanted to see her dead and destroy her whole world, but then came the strike and she assumed he died along with his family. His family had been unfortunate victims who never should have been there and Khoury has live with their deaths. She didn’t think going over what happened with Liam was going to make anything better and so he went back overseas alone. He went digging into the past to find out where their intel went wrong and why so many died. And unfortunately, he lured Zelko out of hiding.

Zelko wanted revenge for his family’s deaths and Liam provided him the perfect opportunity. Liam was grabbed from the street and tortured until he revealed everything about the raid. He talked about how their intel claimed Zelko’s family was in Istanbul and that they thought safe to move in, but Zelko didn’t care about excuses. He just knew that he had a family one day and that his enemies killed them. His wife and son had meant everything to a notorious criminal. He was just out for revenge and that’s why he killed Liam once he was done with him. Liam’s body was later found on the subway tracks and it was believed by everyone that he had simply gotten hit by a train, but the train was used as a cover.

It covered up the extensive torture and hid how much pressure was used on Liam to get him to talk. He was one of the few people that knew the ins and the outs of the mission as well as the people that partook in it. Therefore, Liam could have given away the location of Khoury’s family. She was alerted to this latest danger by the NSA and leave it to them to offer no assistance. Khoury had to rely on her own team and she even received help from her old friend Avner. Avner was with Mossad and he had with Khoury in the past. He had seen what the mission did to her and so he offered his help as long as Khoury went into hiding with her family. She didn’t do that last time and it cost her her marriage.

Khoury going with her family ensured she was out of the way. She thought she and them were safe while her team dealt with the threat, but her team ran into some roadblocks. They tracked down Zelko and saw that he was coming to Louisiana. They tried to intercept him on the way by going out to the boat he was using and they had been too late. He had killed the whole crew and was somewhere on land. It didn’t stop the lead from tracing the boat and so they found the woman behind the trip. She was brought in and was all-around claiming she was a good person and she seemed to believe she was because she had been helping Avner. Avner had left behind enough bread crumbs so that Zelko would follow Khoury and her family back to their hotel.

The hotel had been cleared of everyone else and so Avner thought that using Khoury as bait would get him close enough to Zelko to take him out. Avner was forced to explain himself to Khoury. Khoury had been told by her people what was happening and she couldn’t believe that Avner would betray her trust like that or that he would admit it. He told her that he wanted to get Zelko and was so busy stumbling over his excuses that his security team for the family was nearly wiped out. Zelko had gotten to the hotel and he killed everyone until he got his hands on Naomi. Naomi was a little girl who cried for her mother and so Khoury would have done anything to keep her safe. She tried to tell Zelko that she had been solely to blame for his family and she was interrupted by Avner.

Avner told Zelko that he knew Zelko’s family was on the compound and that he went ahead with the airstrike because it didn’t matter to him if they died. That part had angered Zelko and it allowed the good guys to use the distraction. They began fighting back and Naomi had gotten away, but Zelko was still on the loose and he followed Khoury even as her team showed up as reinforcements. Her team dealt with Zelko and the man himself was left to Khoury. She trapped him inside of the hotel’s kitchen and used the faulty lighting to electrocute Zelko. Once he was out of the way, Khoury retrieved her daughter and brought her somewhere safe.

With Zelko dead, the threat to her family was gone and she could breathe a little easier but make no mistake Khoury did have words with Avner and he knows in no uncertain terms that she’ll never forgive him what he did.