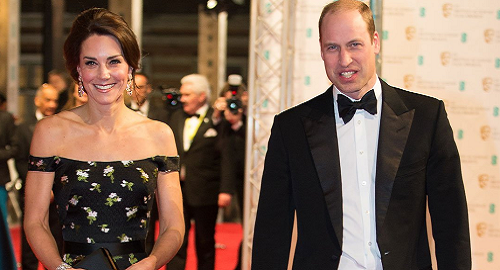 Prince William and Kate Middleton are putting in more overtime with their secret royal engagements. In fact, it was reported that both the Duke and Duchess of Cambridge made two different appearances earlier this week, much to the surprise of royal observers.

Reports say that Prince William made an appearance at Mental Health Innovations at the Phoenix Brewery in London on Wednesday morning. What’s more, his wife Kate Middleton hosted a dinner for a special royal foundation, although there aren’t many details available about the evening. Apparently, the media was not made aware of both of the events.

Earlier in the week, Kate also made an official visit to the Lavender Primary School in support of Place2Be as she is looking to spend more time supporting those in need of special mental health counseling. Clearly, the Duke and Duchess of Cambridge are working much more than they did this time last year.

Some royal observers believe that one of the reasons why Prince William and Kate Middleton have apparently decided to put in more effort into their royal engagements is because of the attention that Prince Harry and his wife Meghan Markle have received for their work.

As a matter of fact, the Duchess of Sussex has gotten plenty of praise for taking on several new patronages and is often seen visiting charities, despite being in the last trimester of her pregnancy.

If that weren’t enough, Meghan Markle also got plenty of positive media coverage for collaborating with The Hubb Community Kitchen for Together: Our Community Cookbook, a 50-recipe book. She along with the women behind the book gathered in London this year to cook fresh meals for the families and neighbors that were affected by the Grenfell Tower fire.

Needless to say, the Duke and Duchess of Cambridge have seen themselves bumped from the front headline now that Prince Harry and Meghan Markle are dominating the news with each and every public appearance that they make. That might also be one of the reasons why William and Kate have decided to step up to the plate, even if it means that they have to pull in double duty on certain days.

So far Buckingham Palace has made no comments about Prince William and Kate Middleton’s secret engagements. In the meantime, come back to CDL for all the latest news and updates on Prince William, Kate Middleton and the rest of the royal family right here!