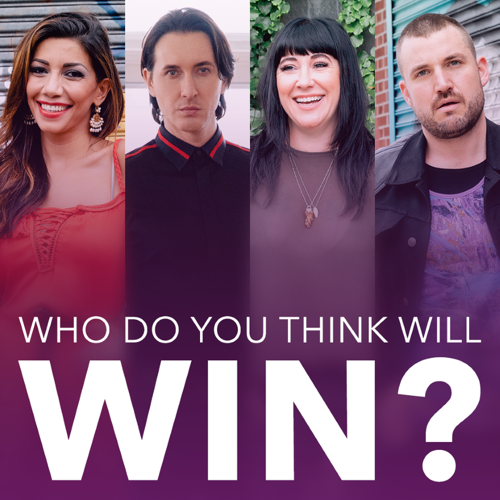 Only four remained on tonight’s global competition. The designers received a treat for making it thus far and they got to go to brunch with Alyssa Milano. The host of Project Runway All Stars was the one that told them about their last challenge. Their last challenge will be a collection with six looks, but the theme could be whatever they want and so this was most leeway they have ever received. The designers got to make their collections about their wants and interests. It even made this latest challenge much more personal for them. They all talked about what they always dreamed of doing and they all acted on it. Biddell wanted to create a collection based off of conspiracy theories. Like how the British Queen was really a reptile.

Irina decided to explore the geometric. She loves to see things like Picasso’s work of art because she loves the many shapes inside of it and wanted to recreate her own art. Now, Michelle wanted to create a collection based on her favorite album and so she named hers “Harvest Moon”. It was bright colors in the weirdest fashions and it was all Michelle. She like the others were all pursuing something ambitious meanwhile Dmitry was creating a collection on ambition itself. He wanted to create a collection of things people have never seen before and it included a jacket that was supposed to incorporate hair. Dmitry and the other designers also received help from previous winners to bring their dream collection to life. Which they desperately needed.

The first day of work had been odd for everyone involved because three of them began working instantly on pieces and then there was Irina who never left the sewing room until she lost a day. She was happier than everybody else when she received aide and finally had help with putting her pieces together, but what no one was happy with was Anne’s critiques. Anne soon came around the studio and she, of course, had a lot to say. She warned Michelle that some of the looks appeared to be old, she warned Dmitry that there was no “wow piece” in his collection, she warned Irina that she was using too much of the same colors, and then she went and told Biddell the opposite by telling him that his collection lacked cohesion.

All the designers were a little lost after speaking to Anne. There was some revamping and there were even tears from Irina who was normally the first one to tell the others off for whining about the competition, but this was their last challenge and no one wanted to fail at it. They all panicked as they were finishing up things and so it was good to find cake and champagne waiting for them in the lounge. It allowed them to decompress and then return to the studio in a frenzy. There were some last minute details because of course and it helped that they got to choose the models. It made them realize who would be best for what looks and also working with the models themselves ensured that everything worked out a plan.

The designers had a week to create their collection and the crowd couldn’t wait to see it. The first collection that was showcased was Irina’s and it wow approval from Anne. The next collection was Biddell’s. He showcased a whole line called the Regal Reptilian. It stayed true to its theme and it won over Anne. So maybe not listening to her had come with some benefits. Michelle stayed true to herself with her almost modern take on the 70s and Dmitry was someone that took Anne’s advice, but his stunner dress had been in keeping with the rest of the line and so it’s not like it was drastic. The designers had all done a pretty great job for just a week and they had fun while doing it. That was the most important thing and so no matter what they’re all winners.

The judges critiqued each collection in the order they were showcased and they each loved as well disliked something. There was no one that pulled off perfection and that’s okay, but the judges had to pick a winner for this season of All-Stars and they named Michelle as the new World Champion.

Its been a difficult season but it was over now.