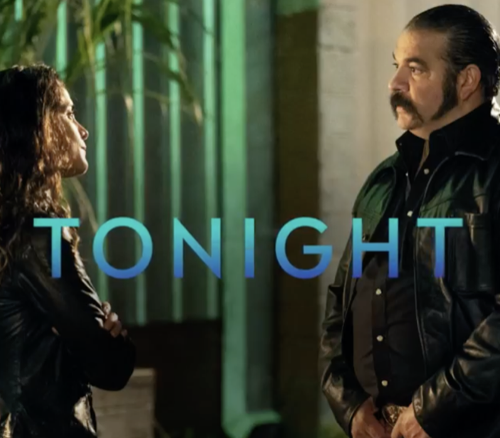 Tonight on the USA Network Queen Of The South airs with an all-new Thursday, June 6, 2019, season 4 episode 1 premiere and we have your Queen of The South recap below.  On tonight’s Queen Of The South season 4 episode 1 premiere called, “Bienvenidos a Nueva Orleans,” as per the USA Network synopsis, “Teresa expands her business and proves herself to a smuggler who offers her a business opportunity.”

No one gave Teresa the manual on how to be a boss. She has had to learn with each decision and with each mistake, but she continues to get that much closer to her dream. Teresa owns a big piece of the southwest. She could happy with that alone and instead she wants more. Teresa wants to buy up to thirty thousand square feet of commercial property because she was hoping to one day own legitimate businesses in the US. She wants to buy properties and turn it into clean money. Teresa told Pote her plans and she believes that together they could make it happen. There was just one little problem in the way of attaining this dream and its name was Castel. Teresa and Pote received a surprise visit from their drug connection and initially they thought it was a show of force.

They thought Castel was stopping by out of the blue because she wanted to prove that she could, but she came out of fear. She heard there were a bunch of Colombian farmers that found a buyer in New Orleans. Castel thought that Teresa was the buyer until she looked the other woman and saw for herself that Teresa wasn’t the one willing to betray her. Castel then realized that there several players already lined up behind her back and so her position wasn’t safe. She managed to bribe Teresa into remaining loyal by getting the charges against her dropped in Mexico and that will work… for a while. Its just wasn’t going to restore trust. Teresa went on to buy a winery and a bar. And she needed to expand.

Teresa told her men that they needed to find a new distributor. She didn’t want to rely on the dark web alone and so Javier suggested El Gordo. It was a nickname, but the man behind it was legendary and he used to work with both Epifano and Camilla. They were now both out of the game and so El Gordo tried to go into business for himself. It lasted until there was a huge bust and so his shaky position might make more willing to come to the table. Teresa was counting on it because she was running into problems on several fronts. There was an issue with a shipment because one came up short and so it was either a problem with Taza or someone was trying to pin it on Taza because there was a problem with Boaz.

Teres called Boaz and she told him that there was a problem on his end. He threatened to kill everyone that he suspected until he found the guy and that’s not what Teresa wanted. She wanted what was stolen to be replaced. Teresa was still a boss and usually people listen when she make demands. She didn’t want tens of people to die over one man’s mistake and funnily enough that’s how cartels tend to work. Its why the meeting with El Gordo didn’t go as planned. He was sick of the cartels and he liked being in business for himself. He was distributor and smuggler. Gordo didn’t have to break off profits and so he told Teresa he didn’t need her. He even bragged how he knows a good group of farmers who know what they’re doing.

It when he mentioned the farmers that gave Teresa the idea. She began talking to Gordo’s men that were at the party and she learned that they couldn’t go to her afterparty in her room because they had to work later that night. So Teresa told Pote and Javier that they were going to Gordo’s supplies. He was buying from people that Castel warned her about and so if she leaves Gordo short he would have no other choice than to come to her with his problem. Javier and George kept their eyes out and they soon learned that there was a cruise ship coming in. The supplies were being shipped in under the cover of a couple of women with suitcases and it was just surprising that no one else had ripped off Gordo with security like that.

George and Javier got the drugs without putting much of an effort. It was great news for Teresa and it didn’t matter if Gordo knew to suspect her. There was nothing he could do about it. Teresa held all the cards and she was just waiting for him to come to her, but there was a second problem. There was someone sniffing around her business. Marcel Dumas walked into her bar and introduced himself. He said that people of color needed to stick together and that he wanted to warn her how the bar she bought has changed several times. None of the others had managed to last and they were at least trying to sell rum that the city was famous for. She on the other hand was selling tequila.

Teresa said that she was brought to bring a little of herself to the city. She also added how they have a superior product and an excellent bartender. Marcel took notice of both and he said he’ll be back for her grand opening. He and his man left once they showed that they’d be watching her, but they didn’t scare Teresa and she had other things to think about. Teresa bought Pote a house. She showed it to him afterwards and it had been a nice surprise. Pote thought it was too much and he didn’t want to accept it. Teresa had to convince him to. She told him he deserved his own house and his own life. She has had to say goodbye to everyone she loves and he was the last one left. And so Pote eventually came to love his new house.

Teresa trusted Pote like no one else and its why she brought just him to her second meeting with Gordo. Gordo wanted a real good reason why he shouldn’t kill her and she told him that she wasn’t the one to rip off. Teresa said she wanted what she always. She wants to work with him and she brought her “tequila” because she wanted to show him how she’s bring the cocaine in. Teresa’s method was far superior than his and she was willing to offer fifty percent off the first shipment. Only Gordo had other ideas. He said that if she brings the shipment to Miami in forty-eight hours that they could do business and if she didn’t then he was going to show up at her door with an army.

Teresa made that deal and then she went out for a night for herself. She had herself some fun and she found a cop waiting for her at the bar when she came back. She wasn’t under arrest or anything, but the cop was dirty and he brought her to a dirty judge. The two of them wanted a cut once they heard she bribed an official for her liquor license. They were demanded ten thousand dollars and they didn’t want to wait for it. They gave Teresa two days to come up with money. Now, she didn’t know if she could meet that demand and so she waiting on her deal with Gordo, except Marcel Dumas was following her men.

And to make matters worse, Tony called her because he said someone is trying to kill him.