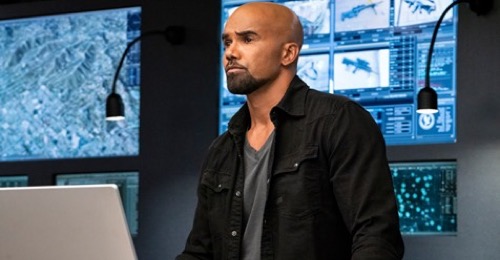 Tonight on CBS their new show S.W.A.T. inspired by the television series and feature film airs with an all-new Wednesday, October 30, 2019, episode and we have your S.W.A.T. recap below. On tonight’s S.W.A.T. season 3 episode 5 called “The LBC” as per the CBS synopsis, “Street reconnects with his estranged foster brother, Naterdict, to help a joint investigation between SWAT and the Long Beach Police Department when criminals steal a mass arsenal of LAPD assault rifles.

Also, Hondo finds himself at odds with his father over the elder man’s declining health, and Luca is overwhelmed when the entire team reconsiders becoming investors in his food truck.”

Tonight on SWAT, Hondo and his father go to the doctor’s office and get the results from the X-ray in his lungs and there are cancer cells found, and he refuses to get treatment. Hondo shares the news with his sister Brianna and asks her to speak to him and persuade him into getting treatment for cancer.

There’s an attack on an LAPD armored truck, it seems to contain weapons the people attacking the police escorted truck shoots an officer, Hondo thinks there’s a leak somewhere since civilians don’t know the time and location of when those armored trucks are on the move.

Luca thinks he’s found the leak an officer who was apart of planning the convoy escort who called out the day of the ambush, Luca, Tan, and Street go to his home where he has a mass gun collection who admits he helped give intel to the Chaos posse on the convoy carrying the guns.

Street and Deacon go visit his foster brother for some help on tracking where the guns might be sold. Lynch and the officer shot Hawks have a history together and she feels guilty for assigning him to the convoy mission, She and Hondo go visit him in the hospital to get information on the shooting and he repeats the name, Don Dada.

They identify a man named Don Dada as the ring leader. Streets brother gives him an address on the Chaos Posse hideout and the heads there to the strip clubhouse where gunfire erupts between some of the gang members and two are shot dead, but they apprehend a woman named Tamika who was involved in the shooting and bring her in for questioning.

Hawks’ wife comes into telling Hondo that Lynch and her husband had an affair and she tried to break up their family. Lynch questions Tamika who Don Dada is going to sell the guns to and she cooperates, they get what his plans are and go prepare to stop the sale of the guns to more dangerous gangs.

They head out to the locations she gave but it turns out Tamika lied. Street goes back to his foster brother and asks for his help the team discovers the gang plans on attacking the precinct where Tamika and a man named Cyfort are being detained, Cyfort was just arrested on a DUI and he used to make fake passports for the gang and in an attempt to tie loose ends they want to kill him.

A standoff between Don Dada and Hondo occurs as a police officer is held hostage, gunfire is exchanged and Hondo is able to save the officer but Don Dada is shot and dies.

At the end of the mission, Lynch tells Hondo she’s the one who ended the affair it told Hawks to tell his wife it was really him who stopped and chose his family. Hondo goes to talk to his father about getting the biopsy for cancer he was telling him he doesn’t deserve cancer and should still fight for his life and not give up, and he agrees to the treatment plan.