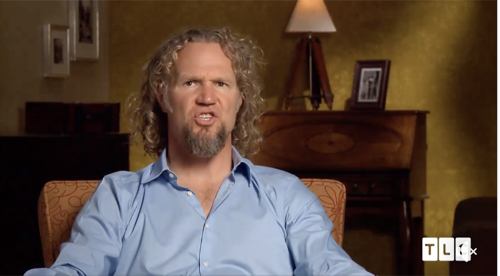 TLC’s reality show about a polygamist family Sister Wives returns tonight with an all-new Sunday, January 20, 2019, season 10 episode 1 called “Meri, On Her Own…” and we have your weekly Sister Wives recap below. On tonight’s Sister Wives season 10 episode 1 as per the TLC synopsis, “Meri’s offer is accepted, but she doesn’t have enough cash for the down payment and asks the family for help. Kody steps up, but later, he realizes he doesn’t have the money and reneges, leaving Meri to come up with the money on her own.”

Meri was still dealing with the catfish incident. She’s made friends and these other people understand where she’s coming from because they’ve been through the same thing. Meri thinks that if her family were to meet some of her friends that they could figure out more about the situation and they could even ask questions that they’ve been holding onto. The other sister wives said that they didn’t really have any questions, but Kody admitted to himself that he did. There were things he felt like he couldn’t talk about with his wife because he didn’t want her to get on the defensive and so he feels like speaking to someone else that’s been through the same thing and with the same person could help him with the questions he could never ask Meri.

Meri has been trying to be more open with everyone. She tells them who’s coming over and asks if they are alright with her inviting someone. So she’s trying! Meri tells them everything now and she’s also told them the moment she made an offer on the house in Utah. This other house was a family legacy and it was built by her ancestor. Meri feels a connection to this house and so she had been happy when her loan was approved, but because it was a business loan, she needed to come up with forty percent down payment and she only had half of that. She went to the family to ask them for the loan and Kody said that the family had it. He asked for a business plan before he was willing to hand over that much money and Meri didn’t have one.

Meri had an idea. She wanted to keep the house as a B&B and so she needed more than just an idea to see how this project was going to work out without her. Meri didn’t live in Utah. She lived in Nevada and she wanted to operate a business a state away. She needed a plan for that and she had to show this plan to her family in order to get them on board. They all wanted to support Meri in this, but they needed a clear plan on how’ll they’ll be repaid and so they agreed at the same time that they asked for more. Meri took that as a win and she said that she would come up with her business plan. And before long she got to introduce the adults in her family to her new friend Kristie.

Kristie was catfished by the same person. This person that manipulated both her and Meri was a woman, but she pretended to be a man when she first introduced and then she would claim that she has a woman as best friend. It was this best friend that meet with both Meri and Kristie. Kristie was told that Sam’s friend Jackson was sick and in town by herself. This woman pretending to be a man would then ask Kristie to check on this friend and so that’s when Kristie first noticed something was wrong. She walked into a room to see a young woman with ketchup on her shirt and this woman was pretending that the ketchup was blood. So Kristie knew that something was wrong. She tried calling “Sam” again and every time she questioned the friend she would verbally abuse.

Meri went through the same thing. She knew that it was odd that Sam never wanted to meet in person and was constantly tailoring himself to be what she wanted, but like Kristie, she would question why someone would do that and dismiss it because she let this other person be judged for how she saw herself. Meri was lonely with her only child out of the house and she went looking for a friend when she found a master manipulator. This same person targeted Kristie right after Kristie got out of her marriage and was sharing custody with her ex-husband. She too had an empty house and had thought that she could fill that hole with a friend online. And in both cases, this “Sam” would demand that the women she was talking to meet with her best friend and then punish them when the women tried to question the story.

Meri doesn’t like to say what Sam threatened her with because it was still a sore subject for her, but Kristie mentioned how Sam would claim he was outside of her house and how they made Kristie feel like she was always being watched. It made her feel scared. Kristie didn’t find out the truth until Sam pretended to be sick and had claimed he went to the hospital. Kristie had checked out the story because she knew someone at the hospital and it turns out that Sam was never admitted and neither was his friend Jackson. These people had never gone to the hospital and so that’s what pushed Kristie’s family to hire private investigators. It was this person they hired that realized that none of the people that Sam was talking or Sam himself existed.

Kristie felt betrayed and she blames herself for opening that door. She went on to befriend Meri because they went through the same thing and the first time they ever talked it had to be through video chat because after their experience they couldn’t just trust someone without seeing them. They needed to verify that the other person was a woman and that she wasn’t trying to hide anything. Kristie had proved herself to Meri and she proved herself to the rest of the adults. She was now in the clear to meet with the kids and Meri was hoping to introduce her new friend to Mariah. Mariah and Meri used to be close however things haven’t been the same between them since the catfish incident came out and so that was another thing Meri was hoping to change.

The kids were getting older and Madison had moved out with her own family and so the family was going through great change. Kody was trying to keep on top of it and he soon realized that the family didn’t even have enough assets to give Meri the loan. They needed to budget for their mortgages and he was only going to loan the money to Meri if she makes them partners in the business. Meri had first turned down that option when she asked for the loan, to begin with, but now the family doesn’t have a choice and they are going to need that business plan and the opportunities of becoming partners in the business before they could give Meri forty thousand dollars. And so it was up to Meri.

Meri was called over to Christine and she noticed right off the bat that a conversation seems to have taken place without her. She didn’t know, but she remembers whenever someone else has brought up a business plan that no conversation was had with that person in the room. Meri thought that because it was different from her that it must be bad. She wasn’t really wasn’t ready to heat their arguments and part of her wanted to walk away from the loan entirely because she was afraid they would want some control in the situation. They wanted to be equity partners and they wanted a business plan. They knew that Meri would get it together in the end and so the paperwork was pretty much a formality.

The one thing they wanted to discuss was which room Meri’s mother would take. There were four rooms in that actual house and there was a caretaker cottage. The cottage should be what’s put out of commission just because it wasn’t fit to be rented out and so the others were trying to get Meri to see that. Meri still thought she could rent the cottage out and that her mother should be allowed to choose whatever room she wants, but that wasn’t going to be a great option further down the road. The others wanted to speak calmly to Meri about this and Kody was different. He wanted to demand that his mother-in-law take the cottage and when the others didn’t agree with him and after they shushed him – he walked out of the room because he said he needed a break from the stupidity.

Kody was coming at the problem from a stubborn point of view and couldn’t see that Meri was doing the same. She was refusing to see things from his perspective and he was doing the same here. The sister wives were the ones fighting for compromise.

And ultimately the conversation ended with tears while Kody called Meri selfish.