BY Sarah Luoma on June 17, 2019 | Comments: Leave Comments
Related : Recap, So You Think You Can Dance, Television, TV 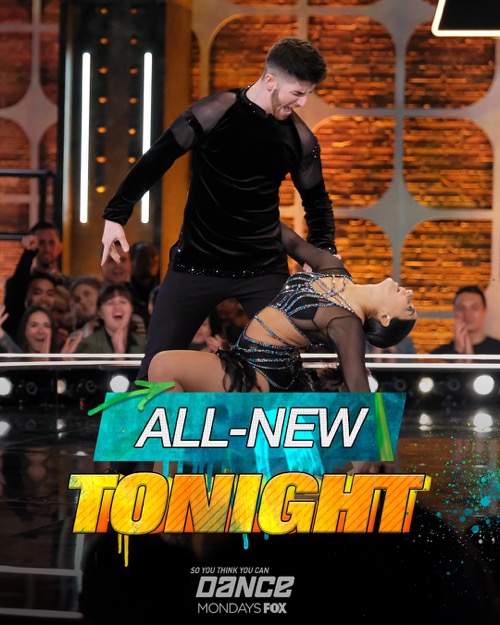 Tonight on FOX their Emmy-Award Winning So You Think You Can Dance airs with an all-new Monday, June 17, 2019, season 16 episode 3 episode and we have your SYTYCD recap below! On tonight’s So You Think You Can Dance season 16 episode 3 as per the FOX synopsis, “The auditions continue in Los Angeles, as the judges search for the best dancers in the nation..”

It’s part 3 of the auditions in Los Angeles. Nigel is showing off some of his ballet skills as Mary laughs. Eighteen-year-old Bailey has been fighting for his life since birth after being born a preemie. Short, he has always been teased for his height. Dance has helped him get through and cope. He takes the stage to audition showing off his B-boy skills. The judges go crazy. They all give him a “yes.”

On to Luke, an 18-year-old from New York whose Dad wants him to take over the family bagel shop. He wants to dance. He takes the stage for an interpretive performance. The crowd is impressed. The judges all agree he is moving on.

A former couple from last season has returned to try and win this season with a whole new set of dance moves. The crowd and the judges love their ballroom tricks. Jordan and Elan get a round of applause before Nigel invites Jordan’s grandfather up to dance with her.

Maria has been dancing for 4 years. She is self-taught and is currently studying neuroscience at college. She plans to show off her hip-hop moves. They all are blown away after she delivers a performance they didn’t expect. However, her moves weren’t enough to get her a yes from all 4 judges.

Sophie, a senior from Tennessee, plans to move to California to pursue her dreams. She dances as her family watches from the audience. All four judges need to see more technique. She gets 3 out of 4 judges to say yes. She is moving on.

Frank, whose friends call him Ghost, is a self-taught street dancer. He started dancing for the NBA when he was 18 working with the Harlem Globe Trotters. He comes out onto the stage and gets the crowd going. All 4 judges go crazy at his ability. He gets a ticket to the academy.

Lauren, a contemporary dancer, has cystic . With such a short life expectancy, she wants to do all she can now to live now. Its her dream to dance. She gets a yes from all 4 judges after performing. Backstage her parents cry and hug her.