BY Kristine Francis on June 24, 2019 | Comments: Leave Comments
Related : Reality TV, Recap, So You Think You Can Dance, Television, TV 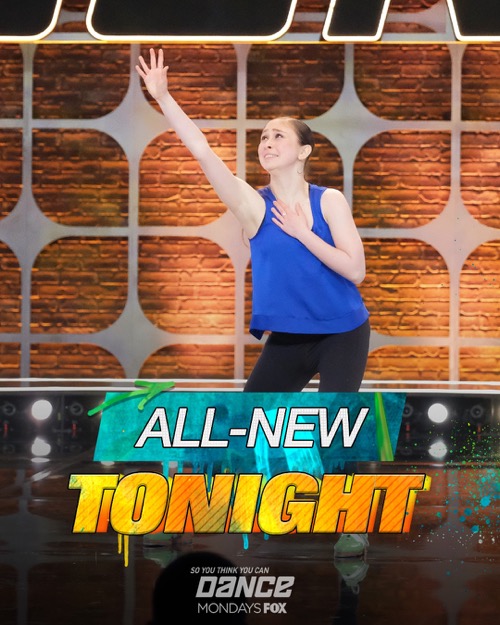 Tonight on FOX their Emmy-Award Winning So You Think You Can Dance airs with an all-new Monday, June 24, 2019, season 16 episode 4 episode and we have your SYTYCD recap below! On tonight’s So You Think You Can Dance season 16 episode 4 as per the FOX synopsis, “The auditions continue in Los Angeles, as the judges search for the best dancers in the nation..”

It was week four of the auditions and the dancers were only getting better with each passing week. First up was Jalen Sands. She needed no introduction because she quickly won over the crowd and the judges, but everyone that came after her had to work twice as hard. The next contestants were twins. Trent and Colton Edwards were Contemporary dancers and they were also hilarious. They have great personalities and they acknowledged that they haven’t been doing this for long. They only got into dancing three years ago and they refer to themselves as TSA PreCheck because they fast-tracked their way and so they came with a lot to prove. And they just blew everyone away with their dancing as well as their choreography skills.

The twins received all four yesses and they set themselves apart as the most entertaining pair the judges have seen. Up next was Bryan “Clocks” Volozanin. He was a Hip Hop dancer and his field was Robotics Animation. He was also a familiar face because he tried out few seasons ago and was cut after the Green Mile, but this year he came back after having danced professionally and it showed. He came back better than ever and the judges appreciated the subtilities of Animation. The judges loved it and they gave him the Gold Ticket. They went on to hand out several Golden Tickets to Hip Hop dancers and so tonight really the night for them. The judges truly enjoyed themselves with this bunch and they couldn’t wait for more.

The judges also got to see a smart power play by Sofia Ghavami. The Ballroom dancer brought with her Kiki Nyemchek who many remember as making it to the Top 10 and so she really did bring the best partner possible. She also wasn’t the only one with that idea. Vlad Kvartin was another Ballroom dancer that brought along a familiar face and he too got lucky because the judges absolutely loved Magda Fialek from Season 15. Annie Lyn Sheketoff also did the same because she brought along Ryan Di Lello as her ballroom partner. And so the ballroom dancers really knew how to win over the judges because there wasn’t one person that didn’t make it through, but then there came one salsa dancer that believed he could do it all on his own.

Antonio Frias brought no partner. He didn’t necessarily believe he needed and unfortunately that had been a mistake on his part. Antonio tried dancing on his own and it just didn’t gel because he clearly needed a partner, but the judges asked the audience if there was anyone that knew salsa and there was a young woman that volunteered. Her name was Destiny and she quickly hit it off with Antonio. He did better with a partner and still wasn’t enough for the judges. They had to tell him no and they said he could always come back with someone next year. He missed out on the Golden Ticket but he might have won a woman’s phone number out of it and so that was still a win. And the judges didn’t end their matchmaking skills there.

But all the laughing aside, when the judges weren’t getting people’s phone numbers they were watching dancers like Sydney Burtis. She became interested in dancing because of her parents. Her parents put her in dance class at three because Sydney has mild autism and they wanted to use the class as way to help her become verbal and it did. She flourished in tap class and so she came here tonight as a Tapper. She was a great dancer and so if there was any drawbacks then it would have to be the music. The music started out slow and it didn’t really make sense with the choreography of the dance. The judges thankfully focused on just the dance itself and so they gave Sydney the Golden Ticket.

Jarrod Tyler Paulson went next. He was a Contemporary dancer, but he proved right out of the gate that he could do pretty much anything. He worked in construction and was also a landscaper as well as someone that worked on cars for phone. Jarrod didn’t look like a typical dancer and that’s okay because he was always welcomed by his dance studio and it was where he met his girlfriend. His girlfriend Madison Jordan was going to be trying out after him and so he went first. Jarrod blew away the judges and it was so good that they ignored the little slip at the end. The judges went on to hand him a Golden Ticket and a seat to watch his girlfriend. Madison also doesn’t look like the typical dancer and that’s because she has alopecia.

The symptoms started showing when Madison was just six and it went on to become one of the worst cases. She was left completely bald and she was bullied for that as a kid. They would pull off her wig and try kick her even as she was already down, but then she turned to dance. It helped her to come into her own and it introduce her to Jarrod. Jarrod loves her exactly as she is and he got to watch from Nigel’s seat as she showed what an amazing Contemporary dancer she is. The judges love her and they love her with Jarrod. They even asked for an encore performance with the two of them and it just verified what the judges knew. They knew Madison was super talented and so they gave her a Golden Ticket as well because they couldn’t wait to see more from her.