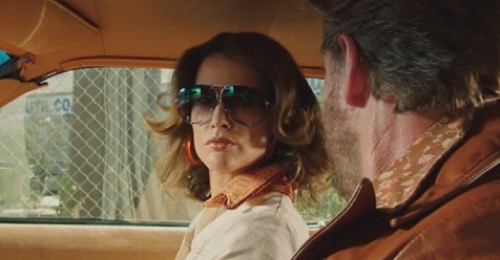 Tonight on ABC their drama Stumptown based on the graphic novel airs with an all-new Wednesday, October 9, 2019, season 1 episode 3 called, “Rip City Dicks,” and we have your Stumptown recap below. On tonight’s Stumptown season 1 episode 3 as per the ABC synopsis, “In hopes of becoming a certified private investigator, Dex seeks mentorship from veteran PI Artie Banks; and Hoffman grows suspicious of Grey after evidence proves that he has a connection to a victim in his case.”

Dex waits in the office of Artie Banks. She forces her way into his office after he walks past her, rudely dismissing her. She has done her homework on him and wants to apprentice under him. He, on the other hand, has also done his homework on her. He makes fun of her name and the fact that her bank account has been overdrawn 16 times this year. She makes him an offer he can’t refuse.

Hoffman is updated on a body that has washed up at a nearby river. Meanwhile, Dex and Artie head out on their first job together. Artie uses Dex to manipulate the wife of their target they are investigating. After she agrees to hire Artie he tries to get rid of Dex but she has another deal he can’t say no to.

Dex poses as a mail person to get into a Randall Tapper’s office. After she gets some intel she heads to meet Artie outside. They get into a car accident. Someone did some in his car. They are forced to use Dex’s.

Hoffman pays a visit to Grey to ask him about his old friend Feeney. Grey has nothing to say but gives it all away with his face when Hoffman tells him he was found dead. Dex and Artie walk in. Hoffman knows Artie and it appears for bad reasons. Artie and Dex head out on a lead. They meet a madam who admits Randall transferred her funds. It is because she introduced him to his soon to be ex-wife, a former prostitute, whose life he is now destroying.

Dex gets paid a visit by the owner of the local casino. She tells Dex to back off Randall but Dex isn’t willing to.

Hoffman reports back to his boss to tell her that Grey isn’t talking. She asks great to talk to Dex but he thinks that’s a bad idea, she isn’t going to talk. Without speaking his boss tells him to figure it out. Hoffman calls Dex and invites her to dinner. She reluctantly accepts.

Artie and Dex aren’t getting anywhere following Randall so they follow his right-hand man. Dex does the dirty work, crawling underneath his jeep in a parking garage to attach a tracker, nearly getting run over by him when he comes out and gets in.

Dex arrives at Hoffman’s, who has left some of his files out. Dex comes across them and is curious, playing unknowingly into Hoffman’s game. When he asks her if she knows about Feeney’s murder she plays dumb. At the start of dinner, he starts to question her about Grey. She reminds him of her expertise and military past. He tells her that he wants to stop talking, seducing her into bed. She’s up for it. Artie calls he’s been tracking Randall. She heads out to meet him.

In the car on their stakeout, Artie picks up on the smell of sex and salmon. Dex laughs it off. They get to talking about their families with Artie sharing about his once estranged daughter. Their target starts to make a move when the windows of their car is blown out. Dex freaks while Artie laughs it off, realizing it was an old client of his. He tells her she should expect to be shot at. Later, she runs into Grey who brushes off her questions about Feeney.

Grey meets up with some old associates who tell him that he needs to pay Feeney’s half now. He agrees, scared.

Artie and Dex track down another woman who was conned by Randall. She gives them the video they need to take him down.

Dex runs into the man who shot at them the night before. He tells her that Artie screwed him over, he plays both sides. He is so convincing it gives Dex something to think about. She rushes to his office and discovers that Artie sold the video back to Randall. Dex is disgusted. She tells him she is going to take him down.

Hoffman pulls Grey in for interrogation while Dex runs to Randall’s ex to tell her what Artie did. She is going to make him pay.