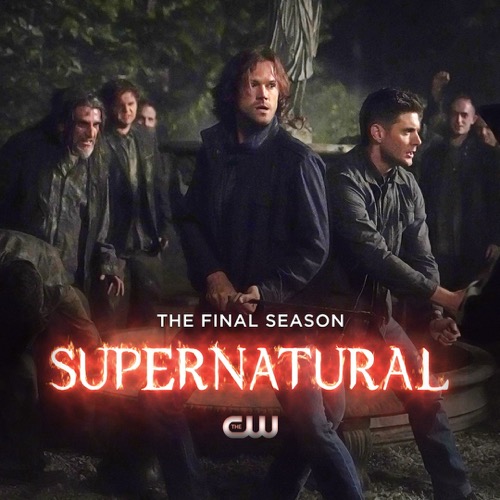 Supernatural airs tonight on the CW with an all-new Thursday, October 10, season 15 episode 1 called “Back and to the Future,” and we have your Supernatural recap below. On tonight’s Supernatural episode as per the CW synopsis, “In the Season 15 premiere, Sam, Dean, and Castiel are left to defend the world after all the souls in hell have been released and are back on Earth and free to kill again.”

Tonight on Supernatural, Dean, and Sam are fighting off zombies in the middle of a cemetery with the help of Cass he picks up Jack and they head for safety against the zombies inside a Temple, Jacks body wakes up with it being inhabited by Belphegor who helps to men defeat the zombies, but Cass states that the spirits are free and on the loose.

The men are now on the hunt for the ghosts and try to close the rift. They head into town and come up with a plan to trap the ghost by surrounding the town with a large line of salt. The ghost is running wild terrorizing the community, As the men are driving on a road they come across an abandoned car with blood splatter on the windshield but is empty of anybody, reminding them of a previous ghost they killed the woman in white.

Sam poses as an FBI agent and tells the town’s sheriff a lie about a mandatory evacuation due to a busted pipeline leaking benzene, he agrees to evacuate people to a hospital not too far.

Cass saves Sam by shooting the ghost, Dean and Belphegor are collecting the salt needed for the spell, and the sheriff is rounding off town members to head to the hospital. Cass tried to heal Sam’s wound but can’t due to energy inside of Sam’s body this baffles Cass.

Back in town the sheriff comes across a woman dressed in white in the middle of the road he’s attacked and Dean and Belphegor get there too late to help him as he’s lying dead with a large gash in his chest which Belphegor reaches in to grab his heart, the woman in white comes back to attack Sam.

As Dean and Cass are trying to bring the mother and daughter to safety they are attacked by three ghosts, meanwhile, Dean urges Belphegor to start the spell, he places the sheriff’s heart on a pile of salt and chants he pounds the ground and a blast is let off.

The race has begun to get the mother and daughter across the line as they are chased by four ghosts now, they frantically outrun the ghost and make it across the line which stops the ghost dead in their tracks, the clown ghosts let out a scream and Dean taunts him and tells him to “shut up” and then runs off with Cass and the family they rescued.

The men drop off the family to a safe meeting place and ask them not to tell others about what they have witnessed. Dean cleans off Sam’s wound and they discuss all they have been thru and if what their doing is worth it, and they decide to continue fighting off the bad in the world and defeat evil so that they can be finally free.