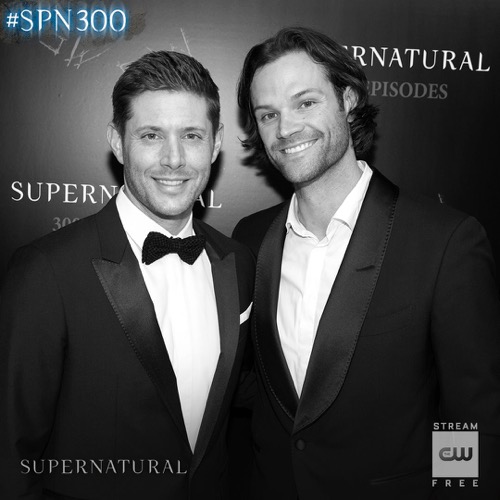 Supernatural airs tonight on the CW with an all new Thursday, January 24, season 14 episode 13 called “Lebanon,” and we have your Supernatural recap below. On tonight’s Supernatural episode as per the CW synopsis, “Sam and Dean look to occult lore for a solution to their latest problem, but instead of a resolution, they find much more than either of them had anticipated.”

Sam and Dean arrive at a music shop. They ask the man for the good stuff with a wad of cash. He brings them to the back. They ask for the skull of Sarah Good, she was excited during the Salem Witch Trials. He has it. He tells them he got it from a flea market but they know better. Bart had it in his possession and after he turned up dead last week, they now know who is responsible. The man tries to attack them but they take him out. Sam thinks they should take some of his occult objects with them. They hit the road.

Sam and Dean arrive back in town and head to the store to get a drink. Outside, the kids talk about them and the weird guy in the trench coat. Inside, Sam tells Dean that in the inventory book he stole from the occult collector there lists an object that grants wishes. Dean is interested. This could help him get Michael out of his head. They hear and engine roar. They look out the window and see Dean’s car fly by. A teen girl is driving. There goes the occult object they need for Dean. It is was in the car. They run out and see a girl driving. A kid nearby tells them it is a girl named Max.

Dean sweets talk a local woman into telling them where they can find Sam’s mother. Meanwhile, Max is with friends at a party showing them the objects she found in the car, unaware of all of their powers. In the bathroom, a kid named Ethan sees a clown in the bathroom mirror who tries to kill him. Sam and Dean arrive. They tell them they are FBI and get all of the kids out of the house. The clown emerges. It is from the cigar box of John Wayne Gacy. Sam sets the box on fire. Just as the clown burns, max and two kids come in. Sam and Dean explain supernatural things. They promise not to say anything.

Back at the bunker, Sam and Dean find the occult object they were looking for. Dean touches the pearl. The lights go out. Someone throws him back. He hears the voice, the lights go back on. It is their dad! He is holding a shotgun but drops it and softens as soon as he sees them. He is confused and thinks it is 2003. They all sit and have a drink. They get John up to speed about saving the world, the devil, angels, time travel, the bunker, and Jack. John is at a loss for words. A minute later Mary comes in. She cannot believe it. They kiss. Sam and Dean excuse themselves. Dean is thrilled but Sam is nervous. They are messing with reality and this is going to end badly. Dean doesn’t care. He has his family back. He has wanted this since he was 4 years old.

Sam comes in to see his dad looking at the books in the library. Mary is with Dean making a shopping list. She is going to make her casserole. John talks to Sam. He knows he messed up. He is sorry. Sam doesn’t want to talk about it. That was a lifetime ago. He thinks about him a lot, all the messed up things he did. But he hates he didn’t say goodbye and how he saw him in the hospital and couldn’t do anything. John apologizes. They hug.

Sam catches up with Dean and tells him he gets it. He understands why he wants his parents around, dad back. They head to the store together.

In town, Sam heads to get the food while Dean goes to get the booze. The man at the liquor store doesn’t know who Dean is and Max sees Sam. She also doesn’t know who he is. Outside, there is a wanted sign with Dean on it. Sam freaks and goes to tell Dean who is ahead of him. He has googled them and Sam is famous, a brainiac who loves kale and does his own Ted Talks. Sam thinks they screwed up their own reality and if they don’t fix this they could permanently become these versions of themselves. Meanwhile, Cas is following around Zachariah in town where Sam and Dean live.

Zachariah and Cas arrive at a pizza place asking the locals who is messing with time. Dean and Sam see the lights acting funny inside and head over. They see Zachariah who has Cas attack Dean while he attacks Sam. Sam kills him and then tries to get Cas to stop. He finally gets rid of Cas after using his blood to create an angel exit.

Back at the bunker, Dean explains this paradox to their dad. Mary will just disappear because of this time jump, Dean tells him. John gets it and Mary needs to stay. It is always about her when it comes down to it. In the other room, Sam tells Mary who cries. They need to destroy the pearl and it will all be undone. John won’t remember.

They all sit for dinner. John thinks they all need to be grateful and enjoy their time. They agree and toast, sharing laughs and stories. Later, Sam and Dean do the dishes together. Sam wishes it could stay this way. Dean has a different perspective. They are who they are now and he is okay with that.

They all wish John goodbye, kissing and hugging. He tells the boys he is proud of them. Sam crushes the pearl. They all cry. John fades away. Cas arrives. He asks them what happened.