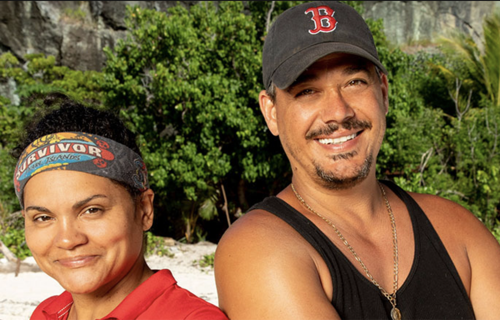 Tonight on CBS Survivor airs with an all-new Wednesday, October 23, 2019, Season 39 episode 5 and we have your Survivor recap below. On tonight’s Survivor season, 39 episode 5 called “Don’t Bite the Hand That Feeds You,” as per the CBS synopsis, “Castaways are forced to switch up their game after a surprising tribe swap.”

Lairo, day 12, Dean was completely blindsided at Tribal Council and feels ostracized from the tribe, a wakeup call for sure. Dean goes around the tribe and asks everyone who wanted to get rid of Chelsea, but nobody will talk and Missy is certainly not going to admit it was her.

Jeff gathers the tribes at the beach, Vokai sees that Chelsea was voted out. Jeff tells everyone to drop their buffs. Elaine is rocking back and forth, she feels on the outs and she is nervous. Jeff says he is going to put an end to the mystery. He gives everyone a small box, inside they get new buffs.

On the New Vokai, we have Dan, Jason, Tommy, Lauren, Aaron, Missy, Elizabeth, and Elaine. In the Lairo tribe, we have Noura, Kellee, Jamal, Jack, Janet, Tom, Dean, and Karishma. Dean was excited for a change because he was blindsided but doesn’t feel this is a good spot for him. Time for the first reward challenge for the new tribes. Their feet are going to be tied together, their arms bound at their sides, on Jeff’s go they will slither through a series of obstacles.

They will then race to finish a fire puzzle. The first tribe to finish wins the reward, the biggest one of the season, they brought Applebees to Fiji. Its Elizabeth & Dan, Tom & Janet start. This is a huge reward on the line, I would hate to be the duo who loses this one for their tribe. Jason & Aaron are on the puzzle for Vokai and they win the reward. In the end, Karishma was the one who held back Lairo. Tom hates to say, but Karishma just cannot compete well in challenges.

Karishma has really hated her tribe and now she has shown her new tribe how weak she is. Karishma confides in Kellee and tells her that her name is written down at every tribal. Tom is with the other members of the tribe and spreads the word about how weak Karishma is. Kellee and Dean find that they have a mutual friend, a girl he dated. Back at camp Karishma is talking to the tribe, she feels connected to them. She reveals that she is in an arranged marriage and until she agreed to the marriage, she was a shame to her family. Karishma really feels that her new tribe understands her. Aaron and Tommy connect, they both seem to want to work together. Missy and Aaron connect.

Time for the Immunity Challenge. Tribes will have to swim out to a ladder, climb up and leap off. They will then remove three buoys and have to maneuver them across balance beams. When they get to the end they will have to attempt to land those buoys into three targets. The first team to land their buoys, wins.

Vokai once again wins immunity. Someone on Lairo is going to be the fifth person going home. Tom thinks it is limited on what they can do, but if they don’t want to lose any more challenges, then Karishma has to go home. Jamal doesn’t think Karishma can make a good case to stay in the game, nothing mean about, Jamal says it is just reality. Meanwhile, Karishma is playing up her social game with the old Vokai, she is trying to save herself. Dean and Kellee are talking, they agree that Karishma is probably the person has to go. Although, Kellee doesn’t think that Dean is the right person to bring to the merge. Noura has lost her vote for tribal council, but she still thinks she has the numbers.

Jeff asks how is it going with the new tribe, he says all good do far. Karishma says the name of the game is self-preservation. Noura says some people are physical, some are great at puzzles – it just depends. Karishma says she could have already been swept aside in people’s minds. Janet says it is not an age thing, it is about being able to win challenges. Janet calls Dean out for not trying to make a connection with her. Boston Rob, in his hiding place, tells Sandra that Dean is gone. They are just about to vote and the tensions are rising.

Time to vote. The first vote for Tom, then Karishma, Karishma, Tom, Tom, Tom; fifth person voted out is Tom.