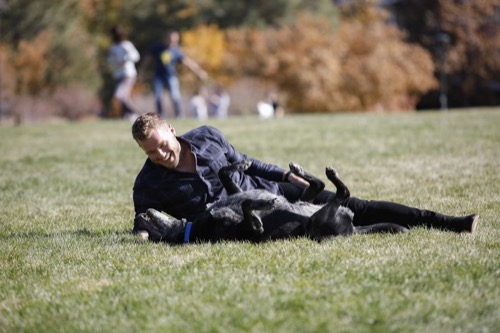 The Bachelor 2019 airs on ABC this evening with an all-new Monday, February 25, 2019, season 23 episode 8 and we have your The Bachelor recap below. On tonight’s The Bachelor season 23 episode 8 as per the ABC synopsis, “Colton made it through an extremely challenging week, questioning which women were really ready for commitment. In the end, he found four amazing bachelorettes he cares about who has his confidence: Caelynn, Cassie, Hannah G., and Tayshia. A visit to Caelynn’s hometown of Fredericksburg, Virginia, turns emotional as her protective family needs convincing that Colton is serious about his desire to be married.

The Bachelor’s next stop is Birmingham, Alabama, where Hannah G. attempts to shape him into a true Southern gentleman. Will it be enough to persuade her concerned parents that he is sincere? ”

This week it is home town dates. First Colton is in Fredericksburg, VA to visit Caelynn’s hometown and family. First, they take a horse-drawn carriage for a visit around town. They stop for ice cream, then sit in the park and talk.

They arrive at her parent’s house, he brings flowers for her mom. Her stepfather is concerned and wants to know just how sincere he is with his daughter.

Ariana, Caelynn’s sister sits alone with her to talk. She says it is the hardest thing she has ever done in her life. Ariana is skeptical, she questions the sincerity of it. Caelynn’s mom is next, she sits with Colton and asks him questions. She says her daughter didn’t even know him when she left and now she wants to spend the rest of her life, it’s hard to wrap her head around. She tells him that she doesn’t know if he is ready. Next, Caelynn sits down with her dad, he asks her if she wants to get married, he says it seems more like they are friends. John now speaks to Colton, asks where his head is. He says he is falling in love with her and she said the same to him. Colton says that if their feelings get there, will he give his permission to marry Caelynn. John says it needs to be a life long commitment and if it is, he will give him his permission. Colton and Caelynn end the night off watching home movies of her growing up.

They leave the house, Caelynn tells Colton that she is fully in love with him.

Next, Colton is in Birmingham, Alabama to see Hannah G.’s home town and meet her family.

First, Hannah G. is taking Colton to an etiquette class before he meets her family. What was supposed to be fun, seems a little annoying for Colton. In the end, the coach just tells him to do whatever he wants. They head to her home and he meets her family with lots of smiles. They sit down to dinner, Colton makes the first toast. Hannah G.’s mother, Beth, was taken aback, she doesn’t want her daughter to get hurt.

Hannah G. sits down with her cousins and friend, She is asked if she is scared that he is a virgin, she says no, that is just part of him. Next, her dad sits with Colton and asks what his intentions are. Colton says from the very moment he met Hannah G., he knew she was special and had everything he was looking for. Her mom tells her that he is a nice guy, but doesn’t want her to get hurt, and it worries her. Colton asks the same question of Hannah G.’s dad, his permission if it moves to an engagement. He says yes if it continues going the way it is, he will give his blessing.

They leave the house, kiss on a bench and tell each other that they are falling in love with each other.

Next, Colton is in Santa Ana, California to visit Tayshia’s home and family. Tayshia has a lot of surprises for Colton, she says her relationship with him is based on trust, she blindfolds him. They get in a car and he is a little nervous to be blindfolded, she goes over a bump and he hits his head. They head to an airport, there is a plane, they are going skydiving. Colton says he hates heights and his heart is really racing. Colton says it is payback for taking her bungee jumping. They get coached, they have two parachutes, no sweat. In the plane, Colton looks like he is going to faint. Tayshia feels him shaking and is freaking out. Colton says a prayer, please god let him survive this fall as he has to lose his virginity. The two had a blast. They both tell each other that they are falling in love with each other. She tells him that the last person she brought home was her ex-husband so she is quite nervous.

They arrive at the house, he brings flowers for her mom. Hugs all around and everyone heads to the dinner table. Colton says his nerves are all gone since sky diving. Tayshia and her mom to talk, she tells her at has been a whirlwind. Her mom says that she doesn’t want her to be hurt again. Tayshia says after her previous relationship, she knows what she does want and what she doesn’t want. Her mom loves to see her glowing. Dad tells Colton that he is taken aback a bit that they haven’t spent that much time together. Colton tells him that he is falling in love with Tayshia. He asks him if he is having the same type of conversations with the other women, he says yes. Her dad doesn’t understand how he could be in love with four women. Colton asks him the permission question, he says he appreciates him manning up, but he just met him. Colton is disappointed not to get her father’s blessing.

Tayshia talks to her dad, she says she went through a hard time with the divorce and doesn’t want to go through that again. Her father really doesn’t trust Colton, he says to her that maybe he is just telling her what she wants to hear.

The family all sit together again, her dad tells Tayshia that Colton asked for his blessing, so he gives it.

Last, Colton is in Huntington Beach, California to visit Cassie’s home town and family. Cassie tells him that they are going surfing, and this will be her first lesson that she has taught. Colton puts his heart into it, but he is terrible at it. They sit on the beach and he tells her that she knows where he is at, he is just waiting to find out where she is.

Colton and Cassie arrive at her family’s house, her father, Matt, doesn’t have a strong first opinion of him. They talk about where they traveled to, her father watches them hold hands. Her mother asks if they have actual feelings for each other, they both say yes. Cassie goes to speak to her sister, she tells her that he really gets her. Her sister tells her not to settle for anything less than perfect. Colon sits with her mom, she says she sees the chemistry between the two. She says she is concerned that he is dating three other women at the same time. He tells her that he is falling in love with Cassie, their chemistry is unbelievable, although she hasn’t told him the same. Cassie then sits with her dad, he is really skeptical about her rushing into this with Colton, it is a forever decision. Matt then sits with Colton who says he has four women, and he is falling in love with Cassie. Colton mentions getting his permission, he says that a lifelong commitment is big and shouldn’t be taken lightly. Matt says no, it would be premature.

Colton and Cassie head outside to wrap up the evening. Colton asks her where she is at, she says she wants to be 100% confident in anything she says to him.

Time for the Rose Ceremony. Hannah G. gets the first rose, Tayshia the next, and the final rose goes to Cassie. In a shocker, Caelynn is sent home. Colton and Caelynn sit together and she says she is blindsided, she feels like an idiot.