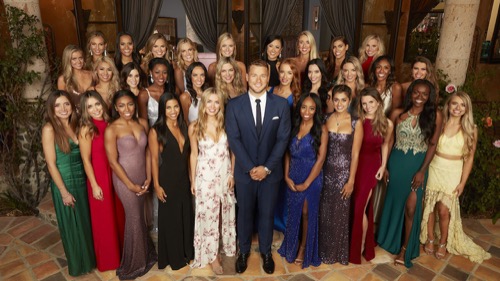 The Bachelor 2019 airs on ABC this evening with an all-new Tuesday, March 5, 2019, season 23 episode 10 and we have your The Bachelor recap below. On tonight’s The Bachelor season 23 episode 10 “Woman Tell All,” as per the ABC synopsis, “Twenty of the most unforgettable women this season will return to confront each other and Colton and offer the lowdown on their quarrels and personal hostilities as they battled to capture Colton’s heart.

Chris Harrison takes a look back at some of the “memorable breakdowns and breakups” in series history. Dramatic feuds are revived between Oneyka and Nicole, Demi and Courtney, and Katie and Caelynn. Colton also must face the scrutiny of the women he sent home, while the ladies must defend their own behavior. Then take a look at some of the hilarious bloopers from this season and a sneak peek of one of the most unpredictable endings in franchise history.”

We take a look back at past Bachelor relationships, through a lot of tears and a lot of heartaches. We now move on to the Bachelor, “The Women Tell All.” Chris asks Nicole what was her take when she saw Colton jump the fence. She says she was in shock, it was like he was unhinged and if she were him, she doesn’t know how he could continue with the two girls since he confessed his love to Cassie.

We take a look back at the rivalry between the girls. In the audience, Courtney and Demi start getting into an argument and Chris has to put a stop to it. Chris asks Catherine about how she interrupted the other woman, she says she put her life on hold and she was determined to spend time with Colton. Next, the deal with Onyeka and how Nicole thought she was bullying her. Both have a chance to have their say. Sydney jumps in and takes Nicole’s side. Chris has to cut it off again, the women all keep interrupting and honestly, we can’t hear what anyone is saying.

Unlike any season before, women who left warned Colton about other women in the house. Chris asks Katie, what she meant about there being many women not ready for marriage in the house. Caelynn says the ripple effect was tough, it affected everyone left in the house; she should have just named names. Chris asks Katie who she meant, she says Caelynn and Cassie, she saw that what they seemed to value in their lives, was not in line with what Colton wanted. Caelynn sets the record straight, it was an innocent conversation that she had with Cassie that Katie overheard. Katie literally calls her a liar and says this is why Hannah had a hard time with her. Caelynn says that she was in love and nobody can tell if another woman is ready for marriage. Caelynn says that it was water under the bridge now with Hannah, they are simply there to support each other.

Chris asks Tracy how she feels about being labeled the queen cougar. She says she came on the show for the right reasons, and she was taking it seriously. Demi and Courtney get into an argument, Courtney calls Demi immature. Courtney calls Demi and three years old and then stands up, shouting and walks over to her. Courtney has a pacifier and she tries to shove it in Demi’s mouth shouting, take a time out. Chris tells the women to settle down.

Demi joins Chris in the hot seat and asks her what in the world just happened. He says she is a lightning rod for controversy, but she had this great connection with Colton. We take a look back at Demi’s time in the house, including her revealing to Colton that her mother was in prison and when Colton broke her heart after she told him she was falling in love with him. She says there are so many emotions still because Colton was so understanding and compassionate. Chris tells her that she is a fun spirit to be around and something tells him that they will see her again somewhere. Will Demi be the next Bachelorette?

Nicole is next in the hot seat. Chris takes a look back at her time on the show, and we see her cry a lot. Chris asks her what was it with the emotions, is it her, or was it just the environment. Nicole says it is a little bit of both, she is not afraid to show her emotions. She says that her twin brother has autism and is mentally disabled, and her family gave up a lot for her to be there. Chris has a huge surprise for her, she is being supplied with one year of ice cream to make her happy. This is Chris’ Oprah moment, he gives ice cream to everyone.

Hannah’s turn in the hot seat. We take a look back at her time in the house. She fell in love with Colton and has a hard time opening up so the breakup, was very tough. She says her relationship with Colton has helped her to see herself in a different way, and now she knows what she wants. Chris talks about the first date, she got the first one on one date, Colton says let’s make a toast and she freezes.

Caelynn is next, but first, we get to see her time in the house, from the beginning when she came in with the sash on her. Caelynn was crazy about Colton and they both told each other they were falling in love. Caelynn fully believed that Colton was the one until he let her go and she felt blindsided. After watching the clip, Caelynn has tears streaming down her face, she says the feeling of not being loved back really sucks. Chris tells her that she brought up a very personal story this season and it was felt by everyone.

Colton comes on stage, he tells the women they all look great. Colton says he is extremely nervous, Chris tells him not to run on him again. Demi tells him that she appreciates him being honest with her and she enjoyed her time with him. Caelynn tells Colton the hardest thing was going home and having her family question her on what happened, she wants to know when he knew it wasn’t her. He says that his relationship with her was special, he felt terrible over the breakup because he didn’t give her any closure. She says it came down to she loved him and he didn’t love her, and it sucked. Hannah B. says that she loved that he met her family, but doesn’t understand why he took her that far if he didn’t have any feelings for her. Colton says that as the Bachelor he could have done things better, he is sorry if he did anything to offend anyone, and he is still learning. Sydney asks Colton if he is still a virgin. Chris jumps in, asks the ladies who thinks he is still a virgin, only about four think he is.

Chris asks Colton what was going through his mind when he jumped the fence. He says it was tough dealing with not being loved back.

We get a sneak peek at the next episode, we see them searching for Colton, they find him and he is crying, says he is done. We see Colton visit his dad, them Chris asks him where do they go from there. Meanwhile, the two girls left are in love with Colton.