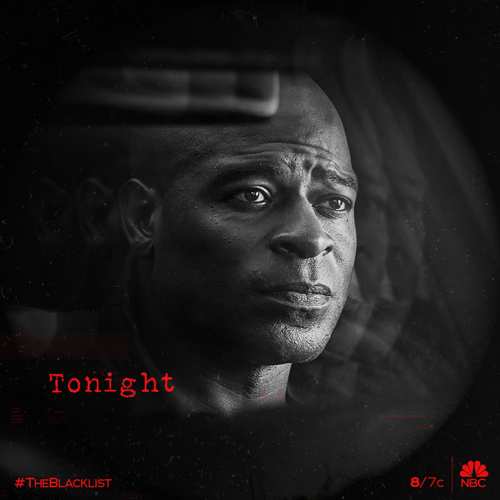 Tonight on NBC their hit drama The Blacklist starring James Spader airs with an all-new Friday, December 13, 2019, episode and we have your The Blacklist recap below. On tonight’s The Blacklist Season 7 episode 10 Fall Finale called, “Katarina Rostova”,  as per the NBC synopsis, “Red and the Task Force pay a visit to a former blacklister, as an explosive confrontation leads Liz to make a critical choice. Laila Robins, Brian Dennehy, Aida Turturro, Michael Cerveris, Rade Serbedzija, and Brett Cullen guest star.”

Aram has gone through all the files from Orion and found nothing, Red wants him to be sure that he hasn’t missed anything. Ressler tells Red that Katarina used the alias Contance. Meanwhile, Katarina is in the car driving with Agnes, Liz is handcuffed. Red tells the task force that Katarina is on the run, she is looking for answers and will employ any means possible to get inside her friend’s head to get the answers. Red thinks of Krilov, the whack job that scrambled Ressler’s brain like an egg. Krilov is the underworld’s foremost expert in accessing the subconscious, he can get anyone to talk. Red tells the task force he needs to see him now, he is in prison and Ressler says he is a lockdown, a significant security threat. Red says anything is possible. Red goes to check on Liz, tells Harold to get Krilov for him.

Two guys are outside Liz’s apartment, watching her, Katarina’s men kill them.

Ressler goes to prison to see Krilov, he is told that he speaks to nobody. Krilov recognizes Ressler.

Red knocks on Liz’s door, when there is no answer, he kicks in the door. He and Dembe go inside and find that nobody is there. Red calls Cooper, tells him the apartment is empty with clear signs of an altercation. Cooper tells Red to speak to the agents outside.

Once outside, Red doesn’t find the agents, they are gone.

Agent park goes to Liz’s building, knocks on Katarina’s door who acts concerned that something may have happened to Elizabeth.

Red’s friend has yet to talk, Katarina is frustrated.

Katarina has Liz in her apartment, gagged and handcuffed. She tells her that she wants to take off the gag, but she better not scream. Liz asks where is Agnes, Katarina says she is at Beth’s house. Katarina lets her call to check, she is there and Liz is reassured that she is safe.

Dembe tells Red that nobody can find Liz. Ressler has Krilov, brings him to a garage, agent Park is there as well. Red walks in with Dembe. Ressler tells Krilov if he is smart he will tell them what they want to know. Red asks Kirlov who is protégé is, he says Victor Skorvich, and he brokers jobs.

Katarina is with Liz, she says she actually came there to put an end to things; she lost her once and doesn’t want to lose her again. Liz says that she knows she is lying about Ilias and she knows the truth about Red. Liz goes on to say that Red, this Red, has watched over her, her entire life. Katarina asks what if she can prove that Red is not on her side; she is going to show her.

Katarina brings Liz into the room where Frank, aka Ilias Koslov, and tells her who he is. Liz says the file doesn’t prove anything, and if Red is not Ilias, who is he. Katarina says that is just one of the mysteries she intends to pull from Ilias’ head.

Katarina tells Liz that Ilas was her best friend until he conspired with her grandfather to have her killed, blown up in a car bomb. Dom lied to Liz, to hide the truth that he tried to assassinate his own daughter. Liz wonders why he would do that. Katarina says that if the people hunting her thought she was dead then the people he really card about would be safe. Liz can’t believe that he would care about anyone more than his child. Katarina says that he killed the man she loved instead and she vanished after, to heal. Liz says she is the reason they are looking for her again, she was looking for her, and they followed her lead.

Victor is fed up with trying to get info from Frank, he is not speaking. Katarina tells Frank Victor is done with him, but she is just getting started.

In Chinatown, Ressler has an eye on Red, Dembe, and Krilov. Park is in the car with Ressler and she can’t believe they are working with Krilov. They go in to see Tongee to find out where Victor is, he says he is on contract with a woman.

Liz asks Katarina if the bounty out to kill her can be called off, she says she is banking her life on it.

Agent Park is in the car with Red and Dembe, she narrowed down that Liz and the guy they are looking for can be in her building.

Liz calls Cooper, he tells her that there was an altercation in her building. She hangs up and tells Katarina that they are on their way; she tells Liz to go, she doesn’t want her getting hurt.

The task force and the police have Liz’s building secured, Liz tells Katarina she will get her out alive, but she needs to leave and forget about her answers. Agents storm in, in the meantime, Liz leads Katarina and her people underground.

The agents find Frank, who is nearly dead.

Underground, Bernie and Victor go one way, Katarina and Liz the other way – this way if they got caught, at least two of them will get away.

Dembe and Red are outside, Red sees Katarina drive past him. Red tells Dembe to keep his distance, they want to do this quietly.

Liz shows up back at the apartment, she is with Ressler and Aram and acts surprised, like she doesn’t know what is going on.

An SUV hits Katarina’s car, she stops and is hurt, she gets out of the car and the brothers get out of theirs and kill her. Red wants to get out of his car, but Dembe warns him that if he does, the brothers will kill him too. Red says that death must be so beautiful, to be at peace, he welcomes that one day. The brothers take Katarina’s body and drag it away.

Liz is in the office, Cooper tells her that he wants to apologize for not protecting her. He says she should apologize too, she said she had a lead when she left the office, but she didn’t, and she took a file. Liz tells Cooper that Katarina was looking for answers. Then he tells her that the men that were surveying her building have disappeared.

Red is with Frank, tells him the medical team will be there in ten minutes. Frank tells him she doesn’t know, he didn’t tell her. Red says he doesn’t have to worry about her anymore.

Agent Park has a visit, Ressler and he is making sure that Krilov doesn’t scramble anyone else’s brain.

Liz goes to see Katarina’s father, asks him how a father would want to kill his own child.

Red comes in and tells her it is over, the woman living in her building, she is dead. Gun down in the street, he saw it happen, two heavily armed men – they took her body, they came for the bounty.

Liz is visibly shaken, then the phone rings. It is Katarina, she asks her if she believed it. She asks if Red thinks she is dead? She bought time and it is their secret, she needs to know that she can keep a secret. Katarina says she is going to disappear for a while and they will end this together. Katarina tells her that she loves her, Liz tells her to be safe.