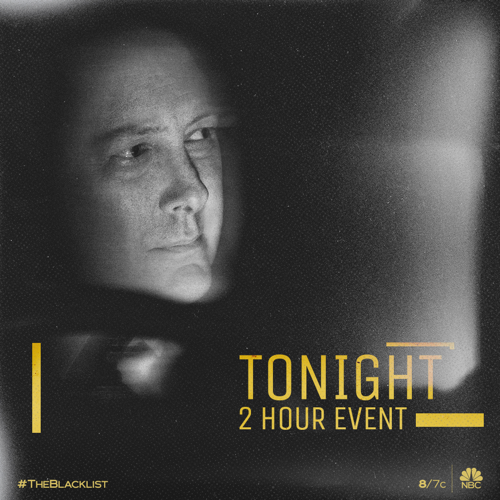 Tonight on NBC their hit drama The Blacklist starring James Spaderairs with an all-new Friday, April 26, 2019, episode and we have your The Blacklist recap below. On tonight’s Blacklist Season 6 episode 19 called, “Rassvet”,  as per the NBC synopsis, “Alone in a foreign country after a mission goes bad, Katarina Rostova goes on the run to avoid the forces trying to hunt her down. Isolated and out of options, she seeks out the only person she trusts, a man who has vowed to always protect her.”

He admits that he knows who Red is and what happened to Katerina and why she helped Red become Red.

The Past – Katerina pulls herself from the ocean. She is nursed back to health in a shelter. She wasn’t safe though. A Russian named Velov is hunting her. The shelter determines that she is hiding her true identity but they support her. Sometime later a fellow woman in the shelter is attacked by her violent boyfriend. Katarina kills him. She leaves.

A Mr. Koslov is paged at a train station. He is given his briefcase. Someone turned it in. He looks inside and then heads to a nearby motel after seeing a key with a name. Katarina is there. They hug. He thought she was dead.

Present – Liz and her grandfather go on a drive. He confesses he was a handler as e continues the story.

The Past – Katarina was his protege. Katarina had a relationship with the enemy. She later gave Liz away to keep her safe. She and Koslov make fake passports and head out. Before she gets on a flight she sees her mother and tells her that she and her father are in trouble. She gives her fake IDs and enough cash to start a new life. She is going to hear that her daughter is a traitor. It is true. One day she will explain.

Later, she sneaks into a house. He waits there for his daughter. A knock on the door comes. He tells her he is going to rat her out. The men come in. They get into a gunfight. Just as they are about to shoot them both Koslov comes in a window and shoots the men dead.

Upset over Reddington, stealing his secrets and losing her daughter, Katarina tells Koslov she feels guilty she destroyed the reputation of her asset. Koslov finds her later on the ledge of their hotel. He begs her not to jump. He knows how they can get their life back.

Koslov thinks they could get Raymond’s money, $40 million, that would keep them 2 steps ahead of the KGB. Katarina thinks this is all impossible but Koslov comes up with a way to look like Red. Katarina can supply him the rest, all of the small details to make him Reddington. He doesn’t care if he could never stop running. It worked.

Present – Katarina gave both her parents a key. He has been waiting 3o years to get a letter. Liz heads to Hong Kong. She tells Red she knows all. He doesn’t answer why he stayed Reddington though after getting the money. Back at home, Red heads to Dom’s to ask just what he told Liz, detail for detail.