The Bold and the Beautiful Spoilers: Bill Suspicious of ‘Birth Mom’ Flo – Digs Into Her Past, Brings Shocking Consequences for Steffy 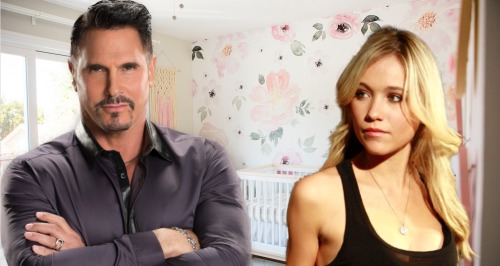 The Bold and the Beautiful (B&B) spoilers tease that Bill Spencer (Don Diamont) has some shockers headed his way. His life has been coasting along pretty well lately, but he’s about to face some bombshells that leave him truly stunned. For starters, Bill will learn that Florence “Flo” Fulton (Katrina Bowden) is his daughter – at least according to Shauna Fulton (Denise Richards).

Of course, Shauna was young and may have slept around a bit. We can’t exactly take her word for it, so some DNA test results will either prove or disprove her claims. Regardless, Shauna’s news will still be a real curveball for Bill. He may wonder how many children of his are going to come out of the woodwork! Bill definitely didn’t expect another long-lost kid to waltz into his life.

Nevertheless, Bill might embrace the idea of having a daughter. He could plan to build a relationship with Flo, but another bomb could leave him suspicious of who she really is as a person. During the week of April 15-19, B&B spoilers say Flo’s birth mom secret will spread. She didn’t really give birth to Steffy Forrester’s (Jacqueline MacInnes Wood) adopted daughter, but Bill will be told she did.

However, alarm bells could start going off for Bill at that point. The Bold and the Beautiful spoilers hint that more details about Flo’s past may be revealed. Bill may learn that Flo worked at a casino in Las Vegas before she came to LA. He’s got the kind of resources to dig around, so Bill may decide to just do that.

After all, Bill cares about Steffy as well as Liam Spencer (Scott Clifton), who’s serving as a father figure to “Phoebe Forrester” (Isabella de Armas and Redford Prindville). If Bill has suspicions, he’d have to act on them. That’s especially true if Shauna turns out to be wrong about his Flo connection. Bill would have no reason to protect Flo, so she could be in big trouble.

With Justin Barber (Aaron D. Spears) and other Spencer elves working their magic, it’s not a stretch to think they could link Flo to Dr. Reese Buckingham (Wayne Brady). Wyatt Spencer (Darin Brooks) may even be the one to tip Bill off. He realizes Flo somehow knows Zoe Buckingham (Kiara Barnes), so he might mention it in passing to his dad. There’s another red flag just waiting for Bill to pick up on.

Bill is a smart businessman and was a schemer until his recent “changed man” arc. Can Flo really put one over on “Dollar Bill” Spencer? Can a schemer fool a schemer? Bill could easily begin putting clues together if he really thinks about it.

Reese was the only one around to witness anything on Catalina Island. If Bill finds out Reese knew Flo and facilitated this adoption, the whole baby swap plot could come crumbling down. Could Bill play a role in Hope Spencer (Annika Noelle) getting her baby back? He would have reservations about hurting Steffy, but how could he keep the truth from true Daddy Liam?