BY Heather Hughes on May 13, 2019 | Comments: 2 comments
Related : Soap Opera, Spoiler, Television, The Bold and the Beautiful

The Bold and the Beautiful (B&B) spoilers tease that the baby swap secret will continue to drive the drama, especially once Steffy Forrester (Jacqueline MacInnes Wood) makes a comeback. She’ll appear on screen again starting May 23, so we should see more close calls and almost secret spillages. However, the actual big reveal will take some time, so we’ll just have to buckle up and enjoy the ride.

Nevertheless, the truth has to come out eventually. The Bold and the Beautiful viewers’ patience will be tested, but at least that’ll make the baby revelation even more satisfying. The longer a secret is kept, the more impact it has when it finally explodes. It should be interesting to see how all the pieces come together in the end. 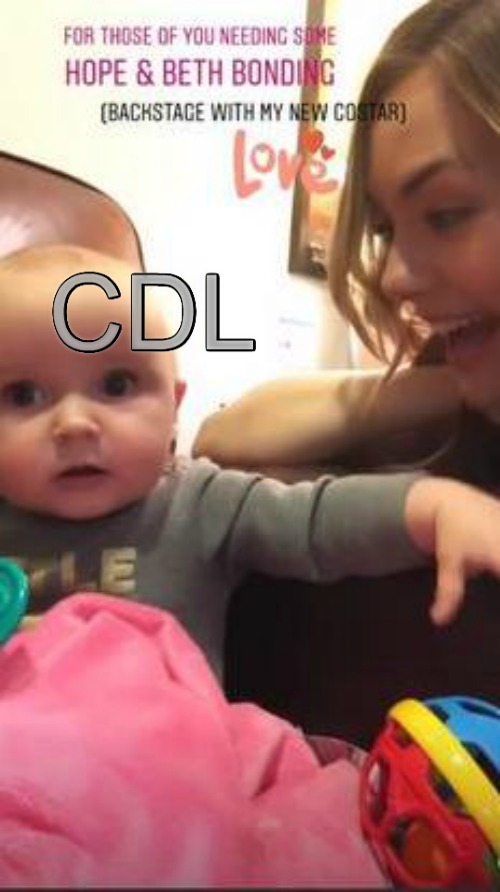 Until then, Annika Noelle is helping out anyone in need of a Hope and Beth fix. She posted an adorable Instagram story featuring a new baby who’s been cast as “Phoebe Forrester” aka Beth. Noelle seems to be getting along great with this little one. They’ll have some scenes together sooner or later, but Noelle wanted to give fans a sneak peek.

“For those of you needing some Hope & Beth bonding,” Noelle said in the caption. She added that she was backstage with her new costar, so it’s cute that Noelle likes hanging out with the kiddo in her downtime. Noelle had to laugh at her tiny friend, who was clearly mesmerized by the person holding the camera. Behind-the-scenes videos like are nice since we’re all still playing the waiting game!