BY Heather Hughes on January 2, 2019 | Comments: one comment
Related : Soap Opera, Spoiler, Television, The Bold and the Beautiful 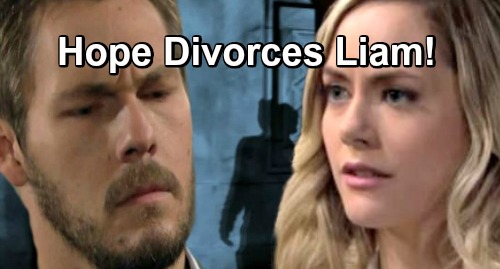 The Bold and the Beautiful (B&B) spoilers tease that Hope Spencer (Annika Noelle) has an excruciating delivery ahead of her. By the time Liam Spencer (Scott Clifton) arrives, he may have already missed the birth of his second child. Unfortunately, that could have far worse consequences than he realizes.

Hope will give birth during a blackout, which should set the stage for disaster. The Bold and the Beautiful spoilers hint that Dr. Reese Buckingham (Wayne Brady) may pretend the baby died. The power outage would provide the perfect cover for Reese to do whatever he needs to do.

Steffy Forrester (Jaqueline MacInnes Wood) will likely become a mom to “Lope’s” kid through some adoption trickery, so Taylor Hayes (Hunter Tylo) will get stuck in the mess. It won’t be long until she’s in way too deep. Even if Taylor learns the truth about the baby, she wouldn’t want to destroy Steffy’s happiness by exposing it.

Of course, that won’t be all Taylor has to worry about in the coming months. If she lets the shooter secret slip to Reese, he’ll have some blackmail material. Reese could use that as more leverage to keep Taylor quiet and bleed her dry.

However, there’s a chance Taylor didn’t pull the trigger after all. Did the trauma of seeing Bill Spencer (Don Diamont) shot mess with her head? Taylor was completely unhinged that night. Who’s to say her version of events is accurate?

Liam originally thought he was the shooter, but Taylor’s confession changed his mind. It’s possible he’s been the right culprit all along. Bradley Bell, B&B’s head writer and executive producer, offered some hints about this storyline in the latest issue of Soap Opera Digest. Bell didn’t reveal who the true shooter might be, but he did imply that there’s much more to come in this story.

In 2019, “Taylor struggles with the guilt, and the fear of repercussion, of being Bill’s shooter. ‘Who Shot Bill?’ continues to play out, with twists and turns you won’t expect,” Bell promised. If this mystery’s still going on, that could mean Taylor isn’t the person who pumped a bullet in Bill.

Since Hope’s been so hung up on the danger Taylor poses, making Liam the shooter makes the most sense. Will she back down from her stance if her husband is suddenly responsible? Will Hope start to view Liam in a different light instead?