The Bold and the Beautiful Spoilers: Patrika Darbo Reveals Cancer and Surgery News – B&B and Days of Our Lives Alum Recovering

BY Heather Hughes on August 2, 2019 | Comments: Leave Comments
Related : Days of Our Lives, Soap Opera, Spoiler, Television, The Bold and the Beautiful 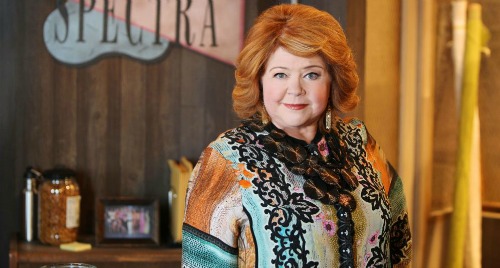 The Bold and the Beautiful (B&B) spoilers reveal that one soap alum is recovering from surgery. B&B fans will recall Patrika Darbo’s time on B&B as Shirley Spectra. Darbo is also known for her role as Nancy Welsey on Days of Our Lives, so many viewers are familiar with her work. Unfortunately, Darbo faced a real-life health crisis after skin cancer was discovered on her nose.

On Instagram, Darbo confirmed the cancer had been found and removed surgically. She posted a photo and admitted there’d been more than her doctors previously thought. Darbo used this as an opportunity to stress the importance of wearing sunscreen. In her case, Darbo is actually quite diligent about protecting her skin. Sometimes even that’s not enough, but it’s crucial to do what you can.

“I always wear sunscreen,” Darbo said in an informative post. “I always wear a hat, I reapply regularly and yet here I am. I can’t stress enough use sunscreen.” Darbo just wants to be sure everyone stays safe out there. That goes for Bold and the Beautiful watchers, Days of Our Lives viewers and any other fans who might be listening. Darbo is clearly hoping telling her story will serve as a good reminder.

As for what’s going on in Darbo’s career, she’s got some interesting projects in the works. She completed a short film called Open House, which is currently in post-production. There’s no word yet on the release date, but she plays Mrs. Polanco in this intriguing horror flick. One young couple’s dreams are derailed thanks to a haunted house and the generations of tortured souls left behind.

Darbo is currently filming a new comedy series called Aunt Cissy, which is set to be released on January 23, 2020. She plays Pamela in six episodes, so it sounds like Darbo will have some nice airtime. Days of Our Lives and Bold and the Beautiful fans know Darbo has great comedic timing. We’re sure she’ll do a fantastic job in this new role.

Of course, plenty of DOOL and B&B viewers would love to have Darbo back in the soap world. You never know what might happen down the road! The Bold and the Beautiful spoilers say more baby drama’s ahead for now, so stay tuned. We’ll give you updates as other B&B news comes in. Stick with the CBS soap and don’t forget to check CDL often for the latest Bold and the Beautiful spoilers, updates and news.

So more cancer than they initially thought. I always use sunscreen, I always wear a hat, I reapply regularly and yet here I am. I can’t stress enough use sunscreen.

Sun screen is a must skin cancer on nose! Be careful out there