BY hellodrdavis on January 11, 2019 | Comments: 4 comments
Related : Soap Opera, Spoiler, Television, The Bold and the Beautiful 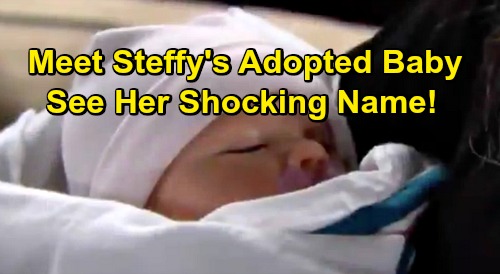 The Bold and the Beautiful (B&B) spoilers have some exciting news and a big reveal to pass on about a major storyline on B&B. On the episode airing on Friday, January 11, Reese Buckingham (Wayne Brady) surprised Taylor Hayes (Hunter Tylo) by revealing a newborn baby he was keeping hidden in his apartment.

It has been reported by CDL that Reese would arrange an adoption for Steffy Forrester (Jacqueline MacInnes Wood), as a gesture of his affection for Taylor.

Well, it seems that our reporting has been right on track. In the credits of Friday’s episode, two babies’ names were listed with credits under the character name “Baby Phoebe.” The character Baby Phoebe is played by Rosalind Aune and Isabella De Armas. This is a significant reveal. Phoebe was the name of Steffy’s identical twin sister who was killed in a car accident in 2008. 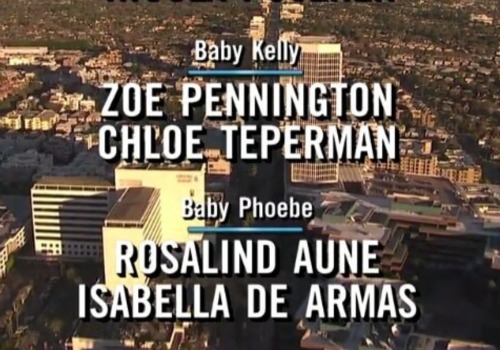 Steffy has been wanting to adopt a sister for Kelly Spencer (Zoe Pennington and Chloe Teperman) because of the strong bond she shared with her sister Phoebe Forrester (MacKenzie Mauzy). Since the baby that appeared in Friday’s episode was named “Baby Phoebe” in the credits, it seems certain that this baby will be adopted by Steffy and named Phoebe.

Of course, this reveal doesn’t address the other part of the story… that is, whether Baby Phoebe will actually turn out to be Beth Spencer, the daughter of Hope Spencer (Annika Noelle) and Liam Spencer (Scott Clifton). It’s certainly looking like Reese led Hope and Liam to believe that Beth died, when in fact she survived and will be adopted to Steffy.

This would allow Reese to collect some big bucks fast, which he needs to pay off his gambling debt and saye his own daughter Zoe Buckingham (Kiara Barnes) from the thugs who are threatening her. And it would probably ease Reese’s conscious a bit by knowing that he placed Beth in a home with her biological half-sister.

Do you think that Steffy’s adopted daughter Phoebe will end up being Beth Spencer? Stay tuned to the CBS soap and don’t forget to check CDL often for the latest Bold and the Beautiful spoilers, updates, and news.