BY hellodrdavis on July 16, 2019 | Comments: 4 comments
Related : Soap Opera, Spoiler, Television, The Bold and the Beautiful 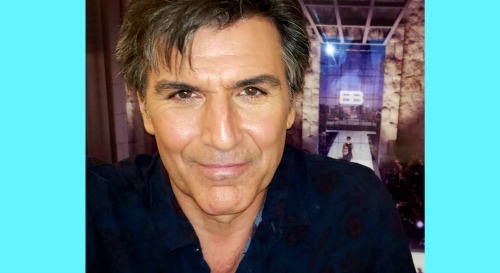 The Bold and the Beautiful spoilers has some great news to pass on about a popular daytime actor who is making his way to B&B. TV Insider is reporting that Vincent Irizarry, who most recently portrayed Deimos Kiriakis on DOOL and was well-known as Dr. David Hayward on AMC, has joined B&B.

Vincent will be playing the role of Dr. Jordan Armstrong on the show. Although specific details about the story are not being released at this time, it is known that Vincent’s character will have an important role in the baby swap storyline involving Beth Spencer/Phoebe Forrester (River Davidson and Madeline Valdez).

Here’s some of what Vincent had to say in his interview with TV Insider about his role: “It’s recurring, and I can say that it has to do with the baby reveal [that Phoebe is really Beth]. I’ll be playing opposite all the main characters.”

This is exciting news for B&B viewers. Not only will a true soap vet be joining the show, but the news means that viewers should see some movement in the baby swap storyline relatively soon. It also suggests that there could be some sort of medical crisis with Beth/Phoebe that will make it necessary for someone to come forward with the truth about Phoebe’s true identity, perhaps in order to save her life.

At any rate, it will be great to see Vincent back on daytime and on B&B. His role is currently recurring, but TV Insider asked him if he’d be open to sticking around in a more permanent role if TPTB ask him to do so. “Sure!” he said. “There may be some other ailing people who need a doctor on the show!”

And that last comment strongly suggests that someone may be “ailing” in Vincent’s upcoming storyline. Viewers will have to wait to see exactly who it is!

Are you looking forward to seeing Vincent on B&B? Stay tuned to the CBS soap and don’t forget to check CDL often for the latest Bold and the Beautiful spoilers, updates, and news.