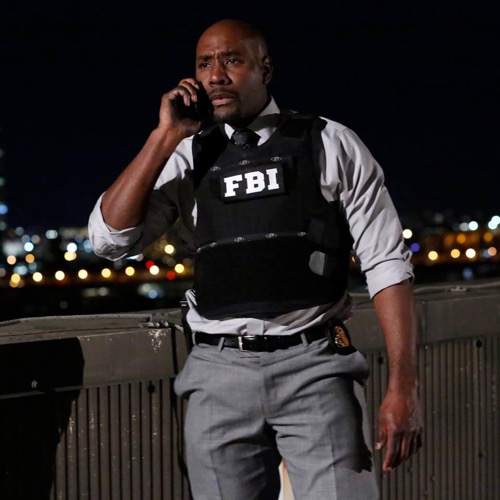 Tonight on NBC their new spy-hunting thriller, The Enemy Withinpremieres with an all-new Monday, March 04, 2019, episode and we have your Enemy Within recap below. On tonight’s The Enemy Within season 1 episode 2 called, “Black Bear,” as per the NBC synopsis, “When a former CIA operative is murdered, Keaton (Morris Chestnut) enlists Shepherd (Jennifer Carpenter) to help recover valuable intel that could take down Tal once and for all. But the question remains, can Shepherd be trusted?”

So make sure to tune in between 10 PM and 11 PM ET for our Enemy Within recap!  While you wait for our recap make sure to check out all our television spoilers, news, recaps, videos & more, right here!

Tonight’s Enemy Within recap begins now – Refresh Page often to get the most current updates!

The Enemy Within begins with a man rushing to get on the subway traveling through Virginia. Another passenger, Darvish (Tom Ukah) approaches him, saying he needs to give him the laptop in his bag and the passwords. He attempts to walk away, saying he is getting robbed and two police officers try to stop the robbery. The elderly man manages to escape and lock the one car, informing transit authorities that the man tried to rob him; unfortunately the man in uniform is working with Darvish, who starts shooting. He takes the laptop and gets the password, then shoots and kills the man.

Will Keaton (Morris Chestnut) walks through the FBI office, informing Kate (Kelli Garner) and Daniel (Raza Jaffrey) about CIA Agent Dean Merriman (Ken Arnold) being shot on the subway. This is the fourth attack since Tal’s last attack. He wants them to see if they can get any information, delegating their tasks. They question why Erica Shepherd (Jennifer Carpenter) is still working with them but he reminds them that Anna Cruz (Coral Pena) is still alive and Tal’s top man, Viktor Nemec (Pawel Szajda) is in custody because of Shepherd. Jason approaches them, saying the person who was killed was one of shepherd’s operatives.

Keaton returns to Shepherd’s cell, telling her about the attack on Dean; she knows for sure that it is Tal. She feels Anna is the key to finding Tal, but Keaton defends his actions saying Anna is recovering in hospital and since she is CIA they need to wait for Anthony Cabrera (James Carpinello) to interview her. She says he is asking the wrong questions and since Tal is one of the deadliest enemies they have ever faced as his operatives are living and sleeping beside them. He wants to kill as many of them as possible. Keaton says she has no idea what he has planned next and she is going to sit in as they interrogate Nemec. She tells him that until she knows her daughter is safe she won’t help them so if they don’t provide her daughter with FBI protection she would rather stay in prison. If they keep her daughter safe, she will help them kill Tal.

Keaton thanks Anna for coming in and speaking to them but Cabrera stops them, questioning him on why Shepherd in DC; he reminds him that his fiance died with those operatives and he is working with Shepherd to catch Tal, but Cabrera says the CIA is not working with a traitor. Anna stops him, saying she wants to help and get justice. Cabrera can’t stop Keaton from working with Erica but warns him not to trust a word she says.

Erica is brought in with her handcuffs on, she intently listens to what Kate is saying. In a private room, Kate brings Keaton and Shepherd up to speed. She is able to confirm that Nemec was talking to Tal, but she can’t know what as said. Thanks to Erica’s suggestion they learn 3 of Tal’s members is using the network right now and since Nemec was arrested it has increased 200%. Keaton confirms that all is not done.

Shepherd is brought into another room and sits in fr4ont of a computer as Daniel questions Nemec. Erica says this interrogation will never work as Tal’s people never talk. Daniel tells Viktor there is no reprieve for him unless they help him stop Tal. Daniel tells Erica and Keaton that he believes he will get Nemec talking ass Keaton tells him to do some other tasks as he sits with Erica.

Anna watches Erica and Keaton walk towards Kate. Erica feels they are wasting time, and they shouldn’t go after Nemec. It isn’t their job to care about the victims, their job is to capture Tal. She reminds them that the actions that got Merriman killed were not random; they need to think of Tal as an operative, not a terrorist. If they find out what Merriman had that got him killed and they could have a lead on Tal. She tells Keaton where Merriman’s stuff is, but he refuses to give her access to the storage unit; taunting him about being afraid of one woman in handcuffs. Keaton feels confident about bringing her off-site but tells his agents if she attempts to escape again, shoot her!

Daniel questions witnesses, one who seen the conductor talking to another man and finding it weird that he didn’t help anyone boards the train. Keaton follows Erica to a storage unit, where they get building manager to open it. Inside, there is a lifetime of Intelligence work. Erica asks Keaton if she can see Hannah, her daughter. He promises to think about it.

Daniel calls Kate, suggesting she looks through footage as a man dressed as a conductor could be an operative. Keaton uncovers that Merriman was investigating Tal and obviously he found out about it; having him killed. Kate calls Daniel back, saying he was right and sends a screenshot to Keaton; something Anna smirks about. Erica is able to save Keaton from getting shot by the manager, and a gunfight ensues between the manager, Jason, and Keaton. Erica is told to stay put as Keaton shoots the man down from the stairs. Erica has a loaded gun, but quickly unloads it when Keaton returns, handing it over to him, saying, “Hannah!”

Keaton sits there, reliving memories with his fiance, who reveals that Shepherd is overseeing all of this. She promises to put her shoes away when she returns, joking that he shoes and boots will be something he can remember her by. She tells him she will see him in 3 days and takes off out the door.

Keaton watches as Viktor continues to be questioned; Viktor begins to talk. Keaton talks to Anna showing her photos, but she claims not to recognize any of them, apologizing for not being able to help. Ann overhears that Nemec hasn’t revealed anything but Daniel feels he is getting close. Keaton greets Hannah, saying she will get 5 minutes with her mom but they have to listen to them talking and there is to be no physical contact of any kind. Erica takes some deep breaths as her daughter arrives; both smiling when they see each other. Keaton watches from the next room as Erica tells her daughter she is big and beautiful, but Hannah says she misses her and she is so different. She talks about their camping trip, and how cold it is in prison, but all she wanted in the world was a hat to stay warm, amazed at how you miss the little things.

Shepherd tells her that she is back in Washington for now as her father believes she is cooperating with the FBI. Hannah talks about her being in high school and how she has her driver’s permit since she is 15. Erica doesn’t want to talk about herself, only wanting to hear about Hannah and her life. Hannah just wants to know why her mom did it. Erica says she cannot tell her, as they didn’t want to move but they had to. Hannah wants to leave and abruptly ends their visit, shocking Erica.

Keaton escorts Hannah back to the doors when Daniel believes they have something. They have been using the codename “BlackBear”, which Erica says it is not a case file, but someone with the initials BB. Everyone rushes off as Anna immediately tests someone. In Virginia, Daniel makes a call to Beverly Brooks (Kara Jackson), saying they are on their way to ask her some questions regarding Dean Merriman and he needs her to stay where she is. She sees several vehicles approaching the building but the men open fire on her and security. She runs for the stairwell just as FBI arrives from hearing shots fired.

They find a gunman holding an entire room hostage, Keaton orders everyone down and Keaton shoots the man immediately. They learn the others are in the basement as Beverly rushes to input data onto the computer. FBI shoots the other men, just as Beverly hides behind the desk. She says she can’t leave as Dean told her to do what she is doing. She is trying to download his files as this is what they want – his case file on Tal. Unfortunately one of the shooters destroys the computer room, throwing a grenade into the room, destroying everything. With ringing ears, Keaton is able to shoot him at the last second.

Beverly informs Keaton that Dean didn’t share his work with anyone, he only stored everything there. She does reveal Dean asked her to research a name of a mountain range in Cuba. He needed her to find out everything about it, and she believes whatever Dean was killed over had something to do with Cuba. Keaton questions Erica, who has no clue about Cuba. Keaton still feels like Nemec is close yo revealing what they need. Erica thanks him for bringing Hannah as he is sorry it didn’t turn out the way she wanted; but she is just happy to be in the same room as her.

Keaton tells her she is wrong, that their job is to care about the victims and to find justice for them. Obviously her and the CIA might have different priorities but he isn’t her nor is this the CIA. He reminds her about giving up the names of the operatives to save her daughter and questions how he is supposed to trust her. Shepherd says he shouldn’t trust her nor anyone, especially when it comes to Mikhail Tal.

Keaton climbs into his car as Viktor is left alone in his cell. Anna fixes the wires, so the camera doesn’t record her. She assures him that no one is watching and she has been in contact with Tal, his plan is to do nothing for now. Viktor is furious, but Anna demands to know if he said anything to the interrogator; praising him for not saying anything. She tells him to have faith as everything will work out as it should. She strangles him through the bars, making it seem like he hung himself before quietly leaving the room.

Keaton comes home, stepping over his fiance’s shoes. Hannah sits and recalls her mother being arrested in front of her school and pulls out the baseball hat her mother was wearing that day, discovering a note inside saying, “You are my world. I love you with my whole heart.” Hannah cries as she reads it. Erica lays in her cell, staring at the ceiling.