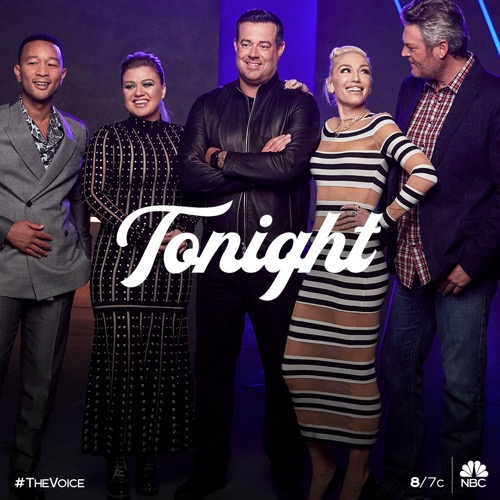 Singers all across America came to audition. Joana Martinez went first and she was a little nervous at first. She was just a sophomore in high school. She wasn’t used to singing on a big stage much less a televised one and yet she couldn’t let her nerves interfere with her performance. She knew that her voice had to perfect. The judges weren’t going to be considering any other than her voice and so Joana played it smart by choosing the song “Call Out My Name”.

The song was great for her voice. Also, the judges liked that she made such a bold move and so three turned around for her. The only one that didn’t was John. He said her performance was nearly perfect and that leads everyone to believe that he was, in fact, looking for perfection by this stage. John was out. He could still give the other judges advice and advice to Joana, but the other judges all had their own way of doing things and they made their pitches based on their own personalities.

The one that spoke to Joana the most was Blake’s. He got her and so she chose his team. Joana seemed to be happy with her choice. She and her family sure did celebrate it backstage, so it was onto the next one. Brooke Stephenson performed next. She performed a country song and at the same time, she wasn’t exactly a country musician. She said her genre was “Americana”. She comes from a small community and she was also a songwriter.

The way she rearranged the song showed she did know her stuff. Three of the judges were interested in Brooke and she could have gone in any direction she liked with either Blake, Gwen, or Kelly. But she chose Kelly. Brooke considered Kelly one of the strongest women in this industry and that’s what she wanted as a coach. Kelly meanwhile was so happy to have won Brooke away from Blake that she took a moment to celebrate on stage.

The judges all had their goofy sides. Zach Bridges went next and he was a brazen one because he chose a Blake song. Mind you, Zach didn’t grow up singing. He took it up when he was twenty and was even self-taught at the guitar. Some people might remember him from his YouTube videos. He says he’s come a long way since then and his song choice did show he wasn’t afraid of a challenge. He sang a Blake song in front of Blake. And Blake turned for him.

Gwen also turned for Zach. Gwen and Blake wanted to fight over Zach, but the other two judges knew there wouldn’t be a point in fighting for him if he chose a Blake song. It showed that Zach was a Blake fan and so why wouldn’t he want Blake for his coach? The other judges tried to tell him that he would blow everyone’s minds if he chose Gwen. It just didn’t work because again Zach was a Blake fan and so he chose Blake in the end.

Elliemae went next. The young woman grew up on a dairy farm and sometimes she felt pressured about joining the family business as it were. Only Elliemae didn’t have to worry about being good enough. She soon joined Blake’s team and so he was building up a strong country team. Callie Lee was next. She chose the song “No Excuses” and unfortunately she wasn’t able to hit those really high notes. Kelly was all for turning for her if she had hit those notes and so the loss is bigger now she knows how close she came.

Jessie Lawrence went next. He came from humble beginnings and finally received the validation he had been looking for when Gwen turned around for him. He was now a part of her team. And with the spots quickly. Afterward, Brennen Henson had his go. He was from Flint, Michigan and that name may sound familiar because their town was still dealing with contaminated water. The people there needed to have their watered shipped in. And so Brennen will like to show off his town in a happier light.

He was an alternative singer. He really wanted to be on Gwen’s team and as luck would have it she turned around for him. It had looked like Gwen would be the only one to turn yet Blake sneakily turned at the last minute. Both Blake and Gwen wanted Brennen for their team. It was just Brennen had already made up his mind. He went with Gwen and joined her team. And why wouldn’t he? She called him cute.

Jared Herzog went next. He was a student at university, and he came here today in part because his girlfriend was a huge Blake fan and also because he loves to sing. His voice held such a great quality that even John turned around. It was the first time that John had turned for anyone tonight and it was for Jared. So, Jared was doing great. He had three out of four judges and could have chosen anyone. And he chose John because he wanted to work with John for a long time.

Clayton Cowell was next. He was a tattoo artist and he was to become a vocalist as well. There was just one problem. He still needed a little more practice before he can be ready for the stage and so the judges all gave him critiques to study. Lauren Hall went next. She’s been auditioning for the Voice for the past seven years and this was the first time she made it to the stage. Lauren wanted to pursue her singing above all else.

This included soccer. Lauren was a great soccer player and she could have pursued a professional career with soccer, but that’s not what she wanted. She wanted music. Lauren was happy with her choice and she said she wasn’t going to settle until someone turned around for her and what do you know Kelly turned. Kelly turned around from almost the very beginning. She had been looking for someone like Lauren and now she has her.

Sometimes it was like that. Sometimes the singers didn’t know that they were singers until they were putting their lives together and realized something was missing. Matt New realized he loves music from an early age. He had to push to the side at one point because he got married and was starting a family, but the family was in a better now and so that finally gave him the chance to pursue his music.

Matt was lucky in his wife. She fully supported everything he did and she was there tonight when he auditioned for “the Voice”. Matt chose a song that was great for him. He won over three of the judges and the only one that didn’t turn was Blake. Blake was asked about that. He didn’t, however, have an answer and so he apologized for not turning. He also asked which judge Matt was going to go with. And the answer to that was John.

Matt was a huge John Legend fan. His family remembered this and they told him to go with John when the opportunity presented itself. Monty Montanaro went next. He was very energetic and there was potential there. His performance just wasn’t enough tonight. He can always try again next year and hopefully, he will. Ricky Duran went next. He grew up around music because his father was a musician.

Ricky had loved his father. He thought the world of him and so it came as a shock to everyone when his father committed suicide. Ricky stepped up as the man of the house after his father’s sudden passing, but then his mom got sick and was sick on and off for three years. Ricky gave up a lot to be there for his family when they needed him. He was now dedicating his song tonight to his parents who he misses very much. He sang “River” and it quickly got all four judges to turn around for him.

Ricky was the breakout star of the night.

& he ended up going with Blake which was a surprise.