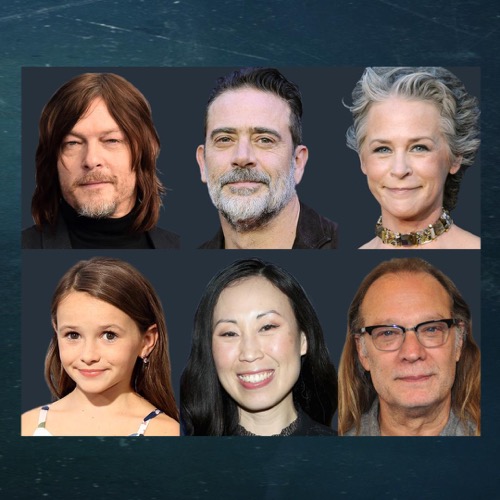 Tonight on AMC our favorite show The Walking Dead airs on an all-new Sunday, October 6, 2019, premiere episode and we have your The Walking Dead recap below. On tonight’s The Walking Dead Season 10 Episode 1 premiere called, “Lines We Cross,” as per the AMC synopsis, “In the Season 10 premiere, the group in Oceanside continues to train in case the Whisperers return. Tensions are high as the heroes struggle to hold onto their concept of civilization.”

It’s a training day, everyone gathers on the beach – Judith kills a walker. Ezekiel opens an abandoned ship, walkers come out but are quickly shot with arrows. Then again, he opens the door to let more out and they kill them with swords and spears. Then, MIchonne uses her sword to kill some. A lot more walkers come out and Michonne reminds everyone to remember their training as they go to kill the last of them.

Training is over, time to go over the contents of the ship. Michonne tells Daryl that training was worth the trip. Judith and some children are emptying the contents of shells and starfish that they found at the beach when Judith looks horrified, she sees a mask in the sand.

Aaron thinks Alexandria should go on lockdown because of what Judith found, but Michonne doesn’t want to panic and says they should just be on alert. Aaron reminds her that nobody saw Alpha’s crew move out, so maybe nobody saw them move back in. He thinks they owe it to their people to be sure. Michonne says she will gather a group and head out to search.

Aaron is with Michonne, they are on horseback searching for Alpha and the Whisperers. A bunch of walkers are close, Aaron jumps off his horse and even with a mace for a hand, he manages to kill a whole bunch of them. Michonne gives him heck, he didn’t need to jump off the horses, they need to keep their cool. Aaron tells her that he has been nice his whole like, Eric is dead, Jesus is dead and he is sick and tired of being nice.

Michonne gets a call on the radio, the rest of the crew found a campsite, looks like the campers died. And, they find a skin that the Whisperer’s use to make masks. Everyone returns to the home base.

Michonne has a talk with Aaron and tells him that they have to choose to be the good guys.

Judith is telling her brother a story about a brave man on a bridge that sacrificed himself to save all his friends. Michonne overhears and she has tears in her eyes. Her son says he doesn’t like that the brave man died, she explains that some people will do anything for the people they love, just like she would. She hugs the children and then hears an explosion.

Eugene is on baby duty, the only thing that seems to make Coco relax is loud music. Meanwhile, Rosita is kickboxing. Eugene gives tips to Siddiq. After, when Eugene and Rosita leave, Siddiq is alone with Coco when he starts having flashbacks to the Alpha and the whisperers.

Gabriel goes to see Negan and asks him why he left his work detail outside early, he thought he would enjoy his time outside. Negan says he is just keeping his head down, while everyone is on alert.

Gabriel is outside, he tells everyone to lock the gates for the night and double up security on the walls. All of sudden, there is another explosion in the sky. Eugene runs to the radio, he calls Oceanside. Rachel answers, Eugene tells her that he needs to speak to Michonne right away, something of grave importance is about to happen.
Ezekiel and Daryl are on the beach, looking around when Connie walks up with his dog and Daryl tells her he likes her more than him. A boat arrives, it is Carol, she gives Daryl and a big hug. He asks her how it was, she says it was really hard work. Daryl says it has been a long time since he heard from her. He tells her that the found one of the masks, Michonne took a group out to look for them – he asks her if she wants to go and she says no.

He then asks her what she wants to do, they go on his motorcycle. They get off and find some walkers, they start killing them one by one. At the same time, Daryl tries to hunt for meat, he shoots a deer but won’t take it because it is over the border. He lets the walkers take it and Carol is upset. Daryl says that he is sorry, but there is no need causing trouble if they don’t need to. Daryl asks her when she doesn’t stay put, he doesn’t want his best friend to spend the rest of her life on a boat. She asks him to go on the boat with her, he says no, that’s not him. Daryl weaves Carol a friendship bracelet, then they hear the explosion in the sky.

Back at Oceanside, it’s dark and there is a fire. Everyone heads out to try and put it out before it reaches Oceanside and destroys everything. Besides trying to stop the fire, they are fighting walkers and trying to send the fire in another direction so it doesn’t spread. It’s dawn, the smoke is getting to people, it has been a long hard fight. Hundreds of walkers are coming, there are just too many for them to kill. Daryl gives up his bow and trades it for an ax.

The walkers are even on fire and they are still coming towards them. All of a sudden, Daryl throws his ax at a tree and it takes down a whole lot of walkers. In the end, the walkers have been fought. Michonne tells everyone to hurry up and get going. Eugene wants to hang around the satellite and take a closer look to see if there is something they can bring back with them.

Carol and Daryl walk off, he asks her if she still wants to run away tomorrow, she says yes, tomorrow. He asks her to consider staying. Carol is looking into the valley and Carol sees Alpha.   Alpha see her…