BY Sean O'Brien on April 16, 2019 | Comments: one comment
Related : Soap Opera, Spoiler, Television, The Young and the Restless 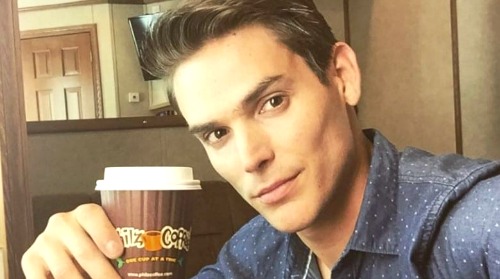 The Young and the Restless spoilers tease that Adam Newman’s (Mark Grossman) return won’t follow the Justin Hartley path, when he replaced Michael Muhney. There will be no face graft. Instead, a different type of angle appears likely to be played.

It would be repetitive to have Adam endure another extended resurrection tale by having him live with a mysterious family, who’d be caring for him after incredible face-change surgery. Soap fans suspended disbelief where Adam’s voice was concerned as well, as Hartley’s lines were spoken with a differently voice than Muhney’s.

A fresh write-back would take place in having Victor (Eric Braeden) locate his presumed dead son. That appears to be the direction Y&R is going by having the Moustache placed in Las Vegas, Nevada with a character who’s being referred to as Snake. This man apparently is using a cane, which would make sense considering Adam’s likely on-going recovery.

Most human beings would not have survived a fiery black sport utility vehicle crash in January 2014. Fewer still, if any, would then also have lived through Chloe’s (Elizabeth Hendrickson) planned cabin blast in September 2016. Actually the number would only be one, with that superhuman being Adam.

Indestructible. That adjective aptly describes to who Adam was, is, and now, will be again.

It also makes sense that the person he’s most like, Victor, would serve as Adam’s rescuer this time.

As Y&R fans recall, Adam and Victor parted on good terms in 2016. They settled their differences, with Victor aiding Adam’s escape during prison transport and in setting up the plane that was set to fly Chadam away from Genoa City.

Enough information isn’t available to know when Victor learned that Adam survived Chloe’s attempt on his life. That also means fans aren’t able to determine how long Victor has been helping Adam, or if Chelsea (Melissa Claire Egan) and Connor (Gunner and Ryder Gadbois) are with him.

Victor’s care in covering Adam’s resurrection story is connected to the same legal issues that were present three calendar years ago and possibly, another issue. Is Adam still the same man he was, or did the blast affect his mental capacity?

Instead of a face-change, Adam’s metamorphosis may involve a change of mind and heart in this comeback storyline. CDL is a leading source for everything linked to The Young and the Restless. Check back regularly for Y&R spoilers and news!