BY hellodrdavis on March 25, 2019 | Comments: one comment
Related : Soap Opera, Spoiler, Television, The Young and the Restless 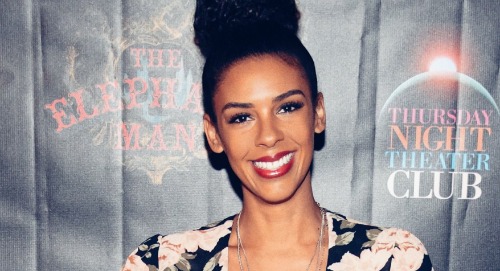 The Young and the Restless spoilers has some exciting news to pass on about a new project for a popular Y&R star. Alice Hunter, who currently portrays Kerry Johnson on the CBS soap, has landed a role in a new theatre production.

Most Y&R fans know by now that Alice will be exiting the role of Kerry in the near future, as the character is being written out of the show. Kerry has had a whirlwind romance with Jack Abbott (Peter Bergman) that looked promising, but now it appears that she’s conning both Jack and Phyllis Summers (Gina Tognoni).

And Kerry seems to have outside help in her quest to play both Jack and Phyllis. She keeps getting phone calls and texts from a mysterious person called “PC,” who appears to be her partner in crime. And it looks like her agenda will be related to the character’s exit.

Well, Kerry’s story may be coming to an end, but Alice is excited about her next project, and she’s spreading the word about it. She’ll be appearing in a new play called “Brain Problems,” which is a comedy presented by the Ammunition Theatre Company, and is written by Malcolm Barrett and directed by Bernardo Cubria.

The play will run in Los Angeles at a theatre called The Pico, and its longline is as follows: “After being diagnosed with ‘brain problems,’ a cynical man copes with his life-threatening condition by retreating into his imagination.”

Alice recently posted the flyer for the play on her Instagram feed, as well as some behind-the-scenes photographs from the theatre company’s first table read for the production. Alice is shown with other members of the company enjoying the read, and she wrote the following caption: “Malcolm Barrett wrote a very personal, intelligent play called Brain Problems. I’m going to be in it over a couple days of the run. Definitely May 2nd. Whether I’m there or not – this is a good one.”

Alice’s Instagram followers are excited about her new opportunity. Most have commented their congratulations and a strong desire to attend the play. The Ammunition Theatre commented with “We love you and are so lucky to have you!!!!” And two of Alice’s Y&R costars, Jason Canela (Arturo Rosales) and Christian LeBlanc (Michael Baldwin) liked her post as well.

It’s great to see Alice involved in such an interesting project, and we wish her the best in her post-Y&R endeavors! Stay tuned to the CBS soap and don’t forget to check CDL often for the latest Young and the Restless spoilers, updates, and news.

First table read with the cast and crew of my new play, “Brain Problems.” Presented by @AmmoTheatre.
Opens 4/26 – 5/19

Even at the theatre, I find the camera. 🎭 *The Elephant Man at @elportaltheatre by Thursday Night Theatre Club 👏🏾 * pic.twitter.com/57YltZH3Ma