The Young and the Restless Spoilers: Y&R Star Speaks Out Against Criticism Over Her Appearance – Shuts Down Rude Social Media Users

BY Heather Hughes on January 21, 2019 | Comments: one comment
Related : Soap Opera, Spoiler, Television, The Young and the Restless 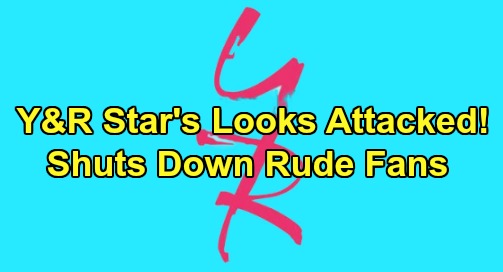 The Young and the Restless (Y&R) spoilers tease that one CBS soap star is speaking out against disrespectful social media users. Y&R watchers know Camryn Grimes for her role as Mariah Copeland. She’s a fan favorite in Genoa City and many viewers recognize the talent she brings to the table. Grimes is certainly one of the best actresses in the soap world, so The Young and the Restless is lucky to have her.

Unfortunately, some people have been taking jabs at Grimes’ appearance. She’s seen plenty of negative comments about her skin, so she decided to make a statement and hopefully make everyone understand why this is so uncalled for. It’s completely rude to attack a cast member over their looks, especially if that cast member is tagged in a hateful tweet.

Grimes said, “Your friendly neighborhood ginger here! So I’ve heard a lot of talk over the years about my skin & I thought it was time to comment myself. Fun fact: redheads are naturally PALE! (crazy right?) I understand that being on a show where the lights are fixed & sometimes unforgiving and I’m opposite actors much darker than me, I can look jarring or even sick. I am not, I’m perfectly healthy and there’s no cause for concern.” 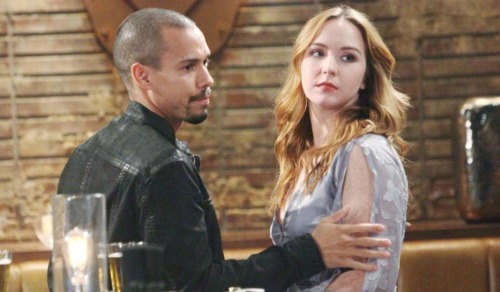 However, Grimes also pointed out that for many social media users, their comments aren’t really coming from a place of worry. It’s more about criticizing her complexion, which is a cruel and absurd thing to do. Grimes’ skin looks great and that has nothing to do with her work on the show anyway.

“Guys, being a redhead, I have a high risk for skin cancer and I’m not going to put that at risk because some of you are uncomfortable with how white I am on screen,” Grimes said. “I like my porcelain skin, it’s natural, it’s me. Cheers!”

Grimes followed up her statement with a tweet saying she didn’t have to explain herself. She simply wanted everyone to understand that soap stars see the insults people make. It’s not cool when hurtful comments pop up on the show’s hashtag or in their Twitter mentions.

“What you write gets seen & that conversation & criticism based on people’s appearance is RIDICULOUS & beneath everyone,” Grimes said. “Let’s be better.” Grimes real-life bestie, Linsey Godfrey (Sarah Horton on Days of Our Lives), was quick to defend her. She called Grimes’ skin stunning and urged Twitter users to stop offering unsolicited opinions on people’s appearances.

Godfrey added, “Just a reminder…we can see the unkind things you say when we are tagged in your nasty comment.” It’s wise for everyone to remember that and think before they tweet! By speaking out, Grimes and Godfrey are encouraging soap fans to be positive and have more compassionate hearts.

Just another thought. I didn’t HAVE to comment/explain but I thought I would. Mostly to shed light on the fact that what you write gets seen & that conversation & criticism based on people’s appearance is RIDICULOUS & beneath everyone. Let’s be better. ❤️