The Young and the Restless Spoilers: Cane Closure Expected – Will Daniel Goddard Make A Y&R Return?

BY Heather Hughes on November 30, 2019 | Comments: one comment
Related : Soap Opera, Spoiler, Television, The Young and the Restless 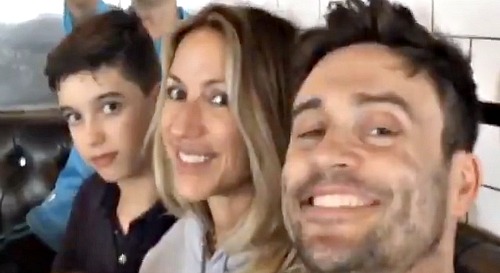 The Young and the Restless (Y&R) spoilers reveal that one CBS soap star’s exit was left open-ended. Y&R fans know Daniel Goddard recently departed the role of Cane Ashby. Cane assured Devon Hamilton (Bryton James) that he had nothing to do with Colin Atkinson’s (Tristan Rogers) scam. He insisted he was going to track down the missing money and return it to the person Katherine Chancellor (Jeanne Cooper) wanted to have it.

Of course, there wasn’t a lot of closure with that departure. Is Cane just going to be off searching forever? What about his job and his life in Genoa City? The Young and the Restless will need to provide some form of a follow-up, even if it’s just an explanation of what Cane’s doing off screen.

There’s a chance Cane wasn’t telling the truth and intended to meet up with Colin, who escaped from police custody. It’s weird that Colin decided to hurl accusations at Cane once the jig was up. Perhaps there was some truth to those after all. There’s nothing that entirely proves Cane’s innocence here.

It’s possible something like that will ultimately be revealed, but it would’ve been better to have it come out while Cane was still around. Unless Daniel Goddard refused to film a less than heroic exit, Y&R had no reason not to just lock Cane up instead. That could mean they’ll stick with Cane as the hero.

Plus, this Young and the Restless storyline has been a very unpopular one. Most us just want Devon to get his money back and move on. Maybe Cane will find Devon’s billions and finally make this right. He could just transfer the money back to Devon and decide he’s done with the whole Genoa City scene.

Cane enjoyed himself during his time in New York with Traci Abbott (Beth Maitland) and hinted at potentially having a fresh start with her there. Traci shut Cane down and suggested they should just remain friends, but it shows that Cane is open to a new beginning. Y&R fans may eventually hear through dialogue that Cane moved away and found another path.

That could mean Cane might return someday – whether for a visit or with a new contract. The soap business is an unpredictable one, so you never know who’ll make a comeback. Since the ratings have been tanking, a regime change may be brewing. It’s hard to know which cast members and characters the next one will prioritize.

Through thick and thin 2 things have always been there for me. My family & YOU! No matter what I can always depend on both of you &, I love you for it! Just know that, I am so grateful & thankful for you! I wish you the happiest #thanksgiving full of love, health and happiness! pic.twitter.com/qQ17OZkSR8