BY Olivia Marie on April 9, 2019 | Comments: one comment
Related : Soap Opera, Spoiler, Television, The Young and the Restless 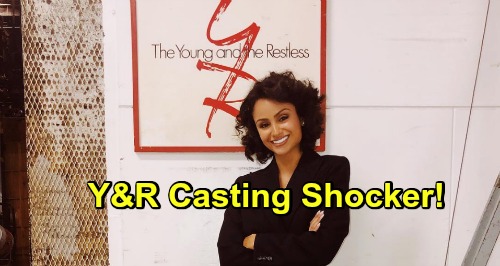 The Young and the Restless (Y&R) spoilers tease another casting shocker is in the works on the CBS soap opera. After months of Lily Winters being in prison, last week the Y&R viewers learned she would be released from jail early. She told her husband, Cane Ashby (Daniel Goddard) that she plans to get a fresh start away from Genoa City.

Of course, Y&R fans know that the reason Lily is being written off the show like this is because the actress who plays her, Christel Khalil, is not interested in returning to the show. She is now on recurring status and there’s been buzz for a while that she wanted to leave the show completely and not appear as Lily anymore.

This left CBS with a problem on their hands. Do they recast the role or have Lily leave Genoa City and never come back?

They decided to have her get a fresh start for now. However, things will change soon as Lily will return home to say goodbye to her father, Neil Winters (Kristoff St. John) after his sudden death. Will his death bring Lily closer to her family?

Nazanin Mandi posted to her Instagram that she booked a role on Young and the Restless. She didn’t indicate her first airdate nor the role she would play. However, she looks to be a dead ringer for Lily Winters.

Let’s assume that after Lily comes back for her dad’s funeral, she reconsiders her decision to move away from her family. She will spend time with the twins and Sam – and most of all Cane. She may decide that she wants to come back and work on her marriage.

Perhaps, she still wants a divorce, but wants to come home for her kids. Whatever the reasoning is, the Y&R fans would love to see her return – either by Christel Khalil returning full-time or by recast.

There should be more information on Nazanin Mandi debut in the coming weeks. If she is the Lily recast, CBS will probably wait until Neil’s funeral and tribute episodes to announce the casting switch.

Would you like to see a Lily recast? Don’t forget to come back later to CDL for more The Young and the Restless (Y&R) spoilers, news, and casting updates!

…. Honestly, I can’t believe I’m writing this …. You can now Catch me on @youngandrestlesscbs 🤭🎬✨ (Side Note: For those of you that checkout my Stories on the daily back in December I snapped a video of this iconic show and said I’m gonna be on it one day … & well look at God😭🙌🏽🙏🏽✨)