The Young and the Restless Spoilers: Donny Boaz Stars In ’12 Pups Of Christmas’ – Great Holiday Romance

BY hellodrdavis on December 9, 2019 | Comments: 3 comments
Related : Soap Opera, Spoiler, Television, The Young and the Restless 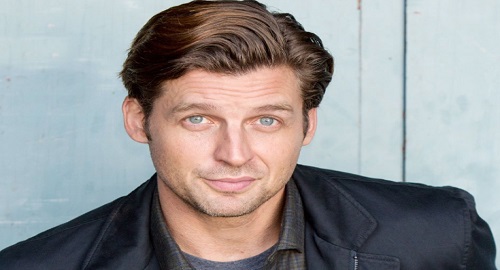 The Young and the Restless spoilers has some great news to pass on about an upcoming holiday movie featuring a Y&R star. Donny Boaz, who portrays Chance Chancellor on the CBS soap, will be appearing in a Christmas movie on ION Television later this month. The movie is called “12 Pups of Christmas” and premieres on Saturday, December 21st at 7pm Eastern.

Donny plays the lead role of Martin in the movie, and his female lead is played by Charlotte Sullivan, who you nay recognize from Chicago Fire. Charlotte plays Erin, who is a recently single canine therapist who relocates to a new town following her breakup. She then deals with Martin, her new boss, who’s got 12 puppies that need homes. The puppies were left behind following a photoshoot for his company.

Erin then works to find homes for the puppies, including Martin in the endeavor. Martin, who seems pretty egotistical when the movie begins, softens toward Erin and the puppies as the movie progresses…and the two end up finding love together.

The movie also features Jeremy Ray Valdez, who portrays Detective Alex Sanchez on The Bold and the Beautiful, as well as Elizabeth Small and Phillip Boyd in supporting roles.

Donny Boaz has made several Instagram posts about his upcoming movie. Most recently, he posted a photo of himself from the movie, along with the following caption: “I get asked almost every day, ‘when is your puppy Christmas Movie coming out?’ Well, I’m very happy to say, very soon. 12 Pups of Christmas will air on Saturday, December 21st at 7/6c pm on Ion Television.”

Donny had previously posted some cute photos of himself with some of the puppies from the movie along with messages announcing his movie and saying that he was falling in love with one of the lead pups from the movie. It certainly looks like a great feel-good holiday film that the whole family can enjoy.

Are you excited to see Donny’s new Christmas movie? Stay tuned to the CBS soap and don’t forget to check CDL often for the latest Young and the Restless spoilers, updates, and news.