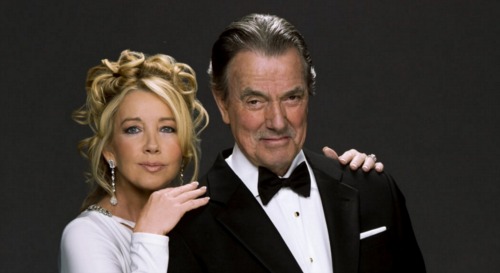 The Young and the Restless (Y&R) spoilers reveal that one CBS soap star recently fired back at a hateful fan. Most of us can agree that characters are fair game, but spewing negativity at actors is just uncalled for. That’s especially true when people start criticizing the appearance of Y&R stars.

There’s no reason to send actors comments just to tell them you don’t like the way they look. We think that’s ridiculous – and Braeden agrees! On Twitter, someone tagged Melody Thomas Scott in a tweet and made a comment about Nikki looking old. That person can’t get by with the characters are fair-game excuse since she really meant Nikki’s portrayer.

It was a clear jab at Scott’s looks, and Braeden wasn’t having it. He had a fierce warning for this hateful fan, so let’s take a look at his surprisingly forceful response. Braeden tweeted, “You are a BITCH!!! Get off our twitter threads!!! You attack my beloved colleague, MELODY, the way you did, you have to deal with me!!”

Braeden was clearly riled up about the comment and had no intention of letting it slide. It’s nice that Braeden’s not afraid to speak his mind and defend his costars. When the same fan kept stirring the pot, Braeden fired back again. He said, “Get the hell off this thread!”

It wasn’t long until other fans chimed in with their support of Braeden’s stance. Several Young and the Restless viewers also defended Scott as a timeless beauty. Braeden called Scott “gorgeous” and indicated that there was no need for that person to be so mean-spirited. He suggested it was nothing more than a bully shaking things up.

This should be a lesson out there to any fans considering crossing Braden or attacking his friends on set. It’s best to avoid criticizing the real people behind the characters – or at least don’t let Braeden see you do it! He’s obviously not afraid to fight back, but perhaps that’s what this person wanted. Sometimes online bullies want attention more than anything else.

You are a BITCH!!! Get off our twitter threads!!! You attack my beloved colleague, MELODY, the way you did, youbhave to deal with me!!