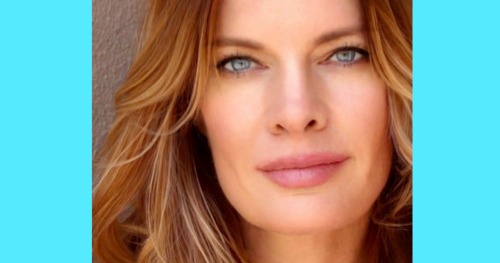 The Young and the Restless (Y&R) spoilers reveal that one CBS soap star had some difficult news to pass along. Y&R watchers know Michelle Stafford as Phyllis Summers in Genoa City, but General Hospital viewers also recall her run as Nina Reeves in Port Charles. Stafford has plenty of supporters in the soap world, so everyone was saddened to hear about a recent death in her family.

On Instagram, Stafford posted a sweet photo of her beloved dog, Beauregard. She also told a touching story about breaking the news to her kids and giving them a chance to bid Beau farewell. It’s been a rough time for all of them, but Stafford embraced the opportunity to be honest with her children and let them feel what they needed to feel. Sometimes it’s best just to tackle grief head-on.

However, Stafford admitted she considered sparing her kids that pain. She opened up about her thought process and how she ultimately made the decision to give them the heads-up. “Today we said good bye to this good boy,” Stafford said. “I knew this day was coming soon. I was thinking of not telling my kids and just going alone. Not giving them a chance to say good bye.”

Once Stafford mulled it over, she determined that it might be worse to rob them of closure. Stafford threw in a joke to lighten the mood a bit. She suggested she didn’t want to give her daughter extra ammo once she became a teenager.

“Since I am not interested in giving my daughter ammunition against me… I decided to tell her what was going to happen to Beau,” Stafford said. “I’m joking but I did think it would ultimately be wrong to not let my kids say goodbye to him, pain or no pain. Pain & loss are funny things. None of us wanna feel it but it truly is inevitable.”

The Young and the Restless actress went on to talk about her kids’ emotional goodbye to Beauregard. They had a little funeral for Beau in their backyard, so Stafford feels like she made the right call by helping them find peace. Her daughter told her she’s glad Beau’s not in pain anymore, which is certainly a positive way to look at things.

Stafford wrapped up her post with some kind words for Beau himself. “Thank U Beauregard 4 teaching me a valuable lesson,” she said. You truly are THE BEST BOY IN THE WORLD.” It’s always tough to lose pets that we love dearly, so many Y&R and GH fans can understand Stafford’s situation.

Warning… obnoxiously long post. Today we said good bye to this good boy. I knew this day was coming soon. I was thinking of not telling my kids and just doing it alone. Not giving them a chance to say good bye. After all, they ceased 2 give him the attention they once had & I thought it was a better idea 2 tell them when they noticed he wasn’t around. “Oh, he passed on. But he is in a better place now”. That’s what we say, right? “He’s in a better place”. Truth be told, I didn’t want my kids 2b sad. Or feel pain. I wanted to make it easy for them. That’s my job as a parent. I suppose. Then I realized that my daughter would use that against me in years to come…right? “You just killed Beauregard with out letting me say goodbye”, she would probably say as a sassy 15 year old. Since I am not interested in giving my daughter ammunition against me… I decided to tell her what was going to happen to Beau. I’m joking but I did think it would ultimately be wrong to not let my kids say goodbye to him, pain or no pain. Pain & loss are funny things. None of us wanna feel it but it truly is inevitable. We seem 2b living in a world these days of feeling wronged 2 feel pain or loss or sadness. Or we pop a pill to “fix” it. Pain is a part of life. Honestly, how can we measure joy correctly if we haven’t felt sadness? So, my daughter was quite upset. We said good bye & told Beau he was the best boy in the world & thanked him 4 protecting us. We wished him well on his next adventure. I told Natalia it was important 2 tell him what a good boy he was. She did. J too. I listened as Natalia cried (keeping my composure) after all he had been my dog for 15 years. But our kids pick up on our emotions & copy us. I just wanted 2b there 4 her. I let her do whatever she wanted so we did a little funeral in the backyard. As we got ready 4 bed tonight she said “I’m glad for Beau, that he’s out of pain”… I don’t know if she would have come 2 that if I had chose not 2 tell her. Life is up & down & we gotta be willing 2 feel it all to really live it. We gotta let our kids feel it 2. Thank U Beauregard 4 teaching me a valuable lesson. You truly are THE BEST BOY IN THE WORLD❤️🐶👑