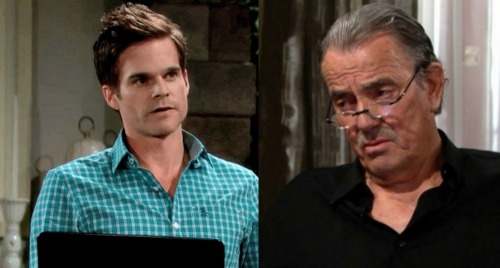 The Young and the Restless (Y&R) spoilers tease that another familiar face is headed back to Genoa City. Y&R fans haven’t seen Kevin Fisher (Greg Rikaart) in a while, but that’s about to change. Soap Opera Digest confirms that Kevin will be seen onscreen again by late spring, so that’s something to look forward to.

Rikaart was written out of The Young and the Restless in 2017, but he’s made a few popups here and there. The actor also just wrapped up a completely different role as Leo Starke on Days of Our Lives. Leo was blackmailing schemer who targeted anyone who could help him get ahead. It was fun seeing Rikaart play a comical villain, but many Y&R fans prefer seeing his softer side as lovable Kevin.

Of course, Kevin can also scheme if need be. His tech skills have been relied on in the past, so this return trip may involve more than just catching up with friends and family. We can’t ignore the timing of this announcement since Mark Grossman was recently revealed as an Adam Newman recast. Victor Newman (Eric Braeden) has put Kevin to work before, so Kevin might be summoned for another mission.

The Young and the Restless spoilers say Adam will have to be reintroduced somehow. It’d probably be far too easy to just have Adam show up out of the blue. There may have been some recovery time since he survived that explosion, but it surely wouldn’t have taken this long. If Adam has amnesia, then he still has no reason to seek out Genoa City on his own.

In other words, Adam may need some help finding his way back to town. Whether he’s staying away by choice or just doesn’t know where to look, this may be a job for the great Victor Newman. The Young and the Restless spoilers say Victoria Newman (Amelia Heinle) will get wrapped up in a mystery soon. If some Adam clues fall into her lap, she’ll undoubtedly pass them along to Victor.

However, Victor may need assistance as he follows the trail. Kevin could easily hack any system and score whatever info Victor wanted along the way. He’d be sneaking and stealing for a good cause if it brought Adam back to his family. There might be some record that would tip Victor off to Adam’s alias and his new location.

Kevin might be especially motivated to look into this since Chloe Mitchell (Elizabeth Hendrickson) believes she murdered Adam. We assume Kevin is still living in Oregon with presumed-dead Chloe, who’s now using the name Helen Jones. They’re raising Bella Fisher (Cali May Kinder) together, so Chloe is hopefully in a better place mentally these days.

It might be a huge relief to Chloe if she learned Adam was alive and well. It could also leave her worried about the possibility of revenge, but Kevin needs to know what they’re up against either way! There’s no word yet on how long Kevin will stick around, but many viewers will be happy to see him again.