The Young and the Restless Spoilers: Hogan Sheffer Dead at 61 – Veteran Soap Writer Passed Away 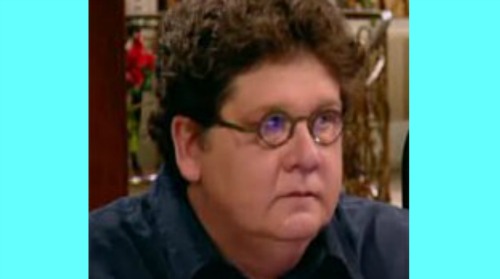 The Young and the Restless spoilers has some sad news to pass on about a former soap writer. Hogan Sheffer had died. Hogan was Co-Head Writer for Y&R from 2008-2013 and passed away on September 28, 2019, at the age of 61.

Hogan, who was born Mark Wayne Sheffer, was a prolific writer who actually didn’t start out writing for the soap genre. In his earlier years, he worked as a freelance writer and worked for actor Mary Stuart Masterson’s production company. He later became the Director of Screenplay Development for DreamWorks, and he developed various screenplays in that capacity for films such as My Dog Skip, Galaxy Quest, and Home Fries.

In 2000, Hogan became Head Writer on the CBS soap As The World Turns (ATWT), a position he held until 2005. Interestingly, his hiring on that show was a surprise to many in the industry, given that he was new to the genre of soaps. In fact, he revealed in an interview that he had never seen ATWT prior to being asked to watch it. Turns out, he wound up revitalizing the show and won four Outstanding Drama Series Writing Emmys during his tenure.

Hogan’s cause of death is currently unknown, and funeral arrangements have not been released publicly at this time. The industry has certainly lost a gifted writer and a part of soap history.

Our sincerest condolences go out to Hogan’s family at this time. Stay tuned to the CBS soap and don’t forget to check CDL often for the latest Young and the Restless spoilers, updates, and news.