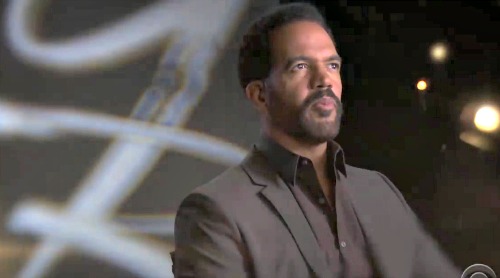 The Young and the Restless spoilers documented so many terrific scenes by the late Kristoff St. John (Neil Winters). Y&R fans are gifted by watching the incredible performances of his colleagues as they honor St. John by paying tribute to the character he played in Genoa City. Wisconsin.

Soap operas exist for many reasons. One of them is to provide the public with great drama. On that account and all others that could be mentioned, Y&R earns full accolades for thoughtfully, respectfully, and rightfully creating a series of episodes where the many people who were part of Neil’s life memorialize his memory.

Devoted daytime drama viewers invest up to five hours a week, year-round on this soap alone. In doing so they came to know St. John in a far more significant way than they would an actor who appears in other genre’s televised shows.

In his working life at Y&R, which began in 1991 and ran through early 2019, when Neil was last seen on-screen at the GC Athletic Club, St. John appeared in nearly 1,700 episodes. Digest the breath-taking amount of script pages he learned and delivered so consistently during that stretch of time.

St. John, like so many soap performers throughout the decades, participate in an astounding number of ensemble plays where the character doesn’t remain frozen, but evolves. The nuance begins in the writer’s room and is fully fleshed out on screen through the essence of the actor.

Stan Shaw (the Reverend) is a friend of St. John. They first met in 1979, when working together on Roots: The Next Generation. At the time, St. John was a child actor. Shaw’s inclusion in the funeral episode and his character’s words, adds a unique, heartfelt touch.

Shemar Moore (Malcolm Winters) was seen eulogizing St. John. A read of Moore’s public statements demonstrates that Moore was talking about the human being he knew, admired, and loved. The Malcolm persona served as the vehicle on the show.

Bryton James (Devon Hamilton) also honored the man who mentored him when he first joined the cast in 2004. His speech about Neil ends with a visual cue to yesterday, as Devon signed I love you toward Neil’s casket.

Christel Khalil’s (Lily Ashby) tears, like those of Eric Braeden’s (Victor Newman), and others seen at the church setting were real. All actors emotions, including those on the faces of actors who had no lines to deliver provided a powerful, collective, united image.

Among the mourners was Lauren Lott (Ana Hamilton), whose opening rendition of Amazing Grace, coupled with the tender images of those who were gathering, set the stage for an episode that transcends time.

Toward the ending, Y&R nicely allowed the link to its heritage, Lauralee Bell (Christine Williams), to pay her respects as well. In so doing a nod was given by the Bell clan to this twenty-eight year family member.

As readers noticed, the real names of all actors were listed first within this feature, followed by the bracketed names of the characters they portray. That was an intentional flip, as the actors, along with all who were off-camera, made these episodes in honor of their friend, Kristoff St. John, who soap fans will always love and remember for his most famous role, Neil Winters.