BY Sean O'Brien on January 11, 2019 | Comments: one comment
Related : Soap Opera, Spoiler, Television, The Young and the Restless 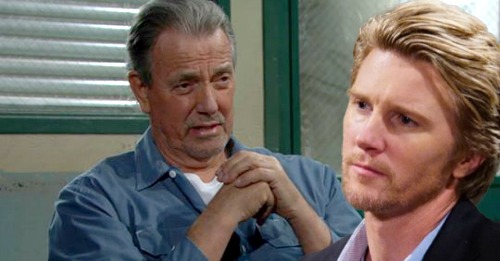 The Young and the Restless spoilers tease that Thad Luckinbill (J.T.) did not record his final scenes in the first quarter of last year. No, he returned after Mr. Hellstrom was supposedly killed and appeared as part of Nick’s (Joshua Morrow) identify morph storyline last summer. So, did Luckinbill return to the cast recently to play J.T. once more?

Imagine for a moment an arc that actually began in December 2017, and is still running. Then consider that the executive producer and head writer who led that charge advised that there would be four acts within the total storyline, with three appearing to have already been delivered.

The final curtain must drop soon, as Mal Young’s last efforts should be broadcast within the next few weeks of the new year, 2019.

Consider all solid analysis that’s been seen on this comprehensive soap site. Then, viewers must ask themselves a question. How will the J.T. storyline, crossing three calendar years, end?

Young had nothing to lose as he was leaving Y&R. His public announcement included no bitterness about his departure, indicating that he’d left amicably. Whether it was through his own accord and may have been timed to end with this dominant story, or TPTB felt the ebb and flow of daytime had arrived in his case isn’t the main story. What could be is Young’s last brush stroke on Genoa City’s canvas.

When provided with proper notification, soap heads generally end their own stories. Knowing those tales could be the last he’d ever tell, why not go big, or deliver what may have always been the plan from the beginning?

J.T. was simply attacked not killed, or the person who was hit on the head by Nikki (Melody Thomas Scott) in an act that defended Victoria (Amelia Heinle) wasn’t the Mr. Hellstrom Y&R fans know, but was his identical twin brother.

The first climax assertion would be unbelievable, even within this genre. However, the second suggestion could be pulled off, possibly even using Luckinbill’s real life, identical twin brother Trent Luckinbill, who himself appeared on Y&R in an uncredited role (2005) when Thad wasn’t part of the cast.

Interestingly, the Luckinbill siblings appeared as identical twin brothers in the series finale of Law and Order: Criminal Intent, which aired in June 2011. The Luckinbill’s have also worked together on other projects, including serving as executive producers of La La Land. Due to an infamous award card glitch, Oscar presenter Faye Dunaway believed that film won Best Picture and announced it as such. In reality, Moonlight took the honor.

No glitch is coming this time. Instead, Mal Young’s final scenes will soon be played and then Tony Morina (now Y&R’s executive producer) and Josh Griffith (now Y&Rs head writer) work will follow. At that intersection fans will learn if J.T. actually died, or if some other similar looking man was killed on that mid-April 2018 night in Vickie’s bedroom.

Young’s storyline has been widely discussed. But it will always be remembered if its final act thrills. CDL is a leading source for everything linked to The Young and the Restless. Check back regularly for Y&R spoilers and news!