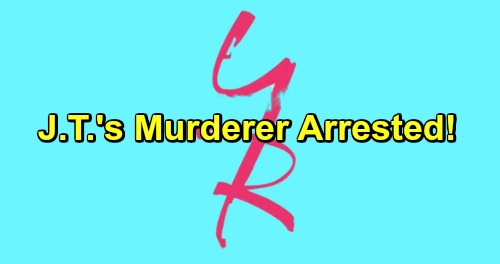 The Young and the Restless (Y&R) spoilers tease that two new faces will be popping up on the CBS soap. However, they may be familiar to some devoted news fans out there. First, let’s talk about Nischelle Turner. She serves as a correspondent for both CNN and HLN’s Showbiz Tonight.

Turner has booked a role as reporter, who’ll undoubtedly be covering loads of J.T. Hellstrom (Thad Luckinbill) murder drama as the story breaks wide open. Suzanne Marques will also be making an appearance in Genoa City.

She’s an Emmy-award journalist who covers the hottest entertainment stories for CBS2 and KCAL9 in Los Angeles. Considering her background, it sounds like she’ll be another reporter around for J.T. chaos.

The Young and the Restless spoilers say some key players will be featured in Turner and Marques’ episode. They were on set the same day as several significant Y&R actors. Sharon Case (Sharon Newman), Amelia Heinle (Victoria Newman), Gina Tognoni (Phyllis Summers) and Christian LeBlanc (Michael Baldwin) were all on hand for filming.

That suggests that the cover-up crew may be in big trouble as J.T.’s murderer is arrested and in need of Michael’s services. Perhaps Michael will have to tackle some questions from the press as he protects his clients – if he can handle them all. Michael may need to call for backup since there’ll be a sudden legal boom in GC.

Camryn Grimes (Mariah Copeland) will also be featured in Marques and Turner’s episode, so Mariah might clash with the scoop-hungry reporters. This GC Buzz host will surely do her best to control the narrative without implicating herself or the cover-up crew’s blackmailer, Tessa Porter (Cait Fairbanks). Mariah will be stuck in quite a mess as Sharon gets caught in the consequences of her own actions.

Joshua Morrow (Nick Newman) was on set as well, so he may be grilled by Turner and Marques’ characters. He’ll be overwhelmed as the people he cares about get accused of some horrible things. Nikki Newman (Melody Thomas Scott) acted in self-defense, but it sure doesn’t look that way thanks to the Chancellor Park burial and everything the girls’ night gang has done to keep this quiet.