The Young and the Restless Spoilers: Judah Mackey Steps Into Role of Recast Connor Newman – Adam and Chelsea’s Son Heads to GC

BY Heather Hughes on August 1, 2019 | Comments: one comment
Related : Comings & Goings, Soap Opera, Spoiler, Television, The Young and the Restless 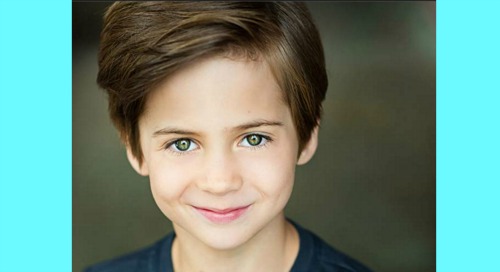 The Young and the Restless (Y&R) spoilers tease that Judah Mackey will step into a familiar role as a recast Connor Newman. Y&R fans know there’s been plenty of talk about Connor Newman (last played by Gunner and Ryder Gadbois) lately. Adam Newman’s (Mark Grossman) been focused on securing custody of Christian Newman, but he certainly hasn’t forgotten about his other son.

Of course, Chelsea Newman (Melissa Claire Egan) has either forgotten the connection she used to share with Adam or is in deep denial about it. She’s cozying up to Nick Newman (Joshua Morrow) and has been struggling with the idea of uprooting Connor from his life in Baton Rouge. However, Chelsea’s starting to think of Genoa City as home again, which means Connor has to come home, too.

The Young and the Restless spoilers say the role of Connor will now be played by Judah Mackey. The talented actor has been featured on shows like Criminal Minds and Netflix’s soapy thriller, What/If. Mackey’s Connor will make his way to town with Anita Lawson (Catherine Bach) and get settled in, so it probably won’t be long until Adam comes around demanding visitation.

Adam has certainly made some questionable decisions, but he’s been a good father to Connor in the past. Plus, those questionable decisions don’t indicate he’d be any kind of threat to either one of his sons. Adam may be cutthroat in business and custody battles, but that’s because he has to be. Most of Genoa City has assumed the worst of Adam from the moment they found out he was alive.

In other words, Adam was going to be denied time with Christian and Connor even if he was a perfect angel. He’s been forced to go to extremes by people like Nick and Chelsea. They seem to think Darth Vader will ruin Connor and Christian, but maybe Adam just wants to build some solid relationships here – and maybe he deserves a chance to!

Luckily, it looks like Adam may get that chance now that Connor’s officially headed back to The Young and the Restless. You can catch Mackey as Connor starting August 8. We’ll give you updates as other Y&R news comes in. Stay tuned to the CBS soap and don’t forget to check CDL often for the latest Young and the Restless spoilers, updates and news.